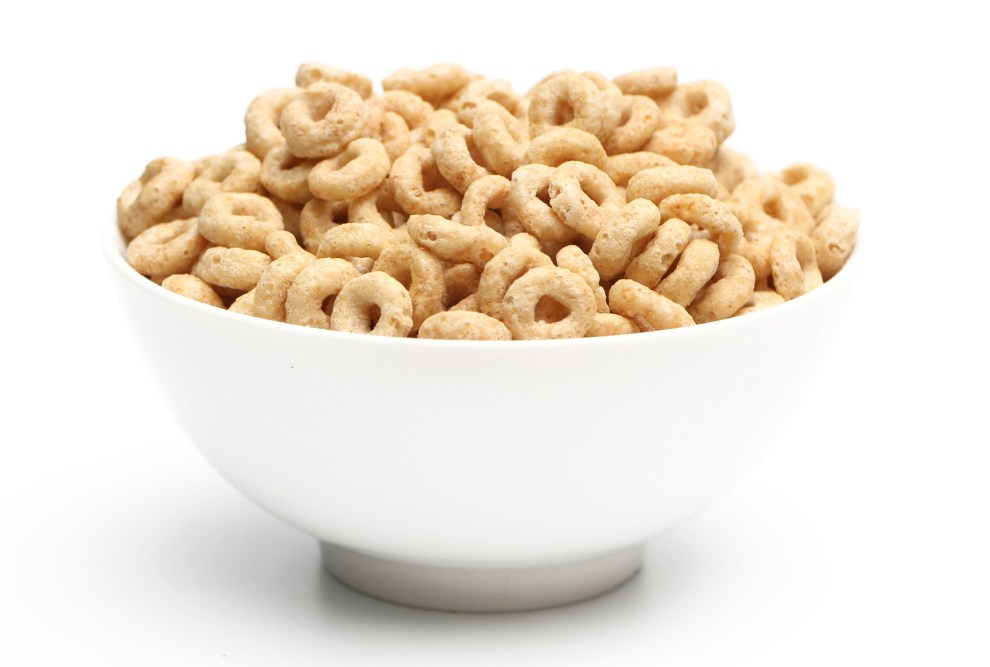 Weather is a complex, multi-tiered phenomenon, and no event can be tied to a single cause. But we do know that climate change likely increases the incidence and severity of droughts. Last summer’s widespread drought, which took big bites out of the US corn and soy crop, has lingered through the winter in large swaths of the country—and is now stunting winter wheat, which is planted in the fall and is harvested in early summer.  Winter wheat is responsible for 70 percent of the annual US wheat crop.

“About 61 percent of the country is mired in a dry spell that the government says will last at least until March in states growing the most winter wheat,” Bloomberg reports. In Kansas, the heartland of US wheat production, the problem is particularly bad—the entire state is in drought. Winter wheat goes dormant during the winter months before resuming growth in the spring, so it’s still too early to say what the effect will be on crop yields. But in some places, damage is already severe. Rosie Meier, a grain merchandieser at the Great Bend Co-op in Great Bend, Kansas, told Bloomberg, “About 30 percent of the winter wheat in central Kansas has already failed, with further damage likely unless there is rain.”

Wheat prices jumped 19 percent in 2012, pushed up by bad weather globally and competition for acreage from other crops like corn. This year looks like more of the same—hotter-than-normal weather in wheat powerhouse countries Russia and Argentina (which is enduring its “worst dry spell in 85 years”) is severely crimping production, Bloomberg reports, citing USDA projections. 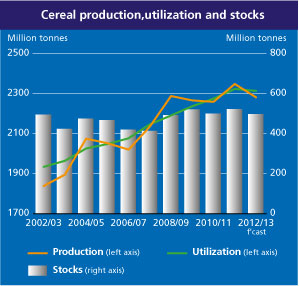 As a result, a Bloomberg poll of 32 crop analyst estimates that wheat prices will jump as much as 25 percent this year—on top of last year’s 19 percent jump. The chart to the right shows why wheat prices are so volatile. It tracks total global wheat stocks—the stuff left over in storage at the end of each year—against total annual consumption (“utilization”) and production. Note that as recently as 2003, annual wheat consumption was much less than than the amount stored. Now that situation is reversed, and the world is expected to consume more than it produces.

The resulting high prices won’t much affect the cost of your daily loaf—here in the US, wheat makes of a small fraction of the factors driving the retail price of bread. In developing countries, though, commodity price fluctuations can have an immediate and severe impact on food prices. Lest we forget, high wheat prices in 2010 and 2011 largely fueled the Arab spring. “Wheat is the biggest dietary staple in much of the region, providing cheap nutrition in bread, pasta and couscous,” The Wall Street Journal reported in 2011.

Of course, the current particular bout of decreased rain fall in wheat-intensive regions could be pure happenstance—it could be driven by other factors besides climate change. But it gives us a taste of what it will be like to grow sufficient food as the world heats up. In two posts last year, I looked at the challenges climate change presents for food production and possible solutions.