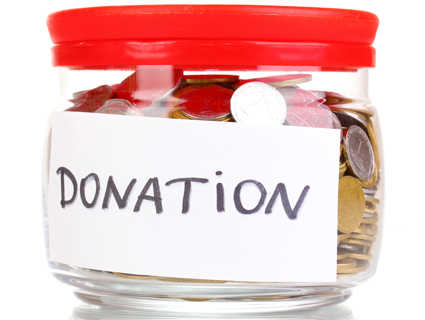 Charity Navigator, a nonprofit that aims to provide donors with information about the accountability and transparency of other nonprofits, has issued “donor advisory” notices for five different groups run by the notorious DC-based PR firm Berman and Company.

The company, run by Richard Berman, runs a number of non-profits backed by business interests. Here’s how our own Daniel Schulman described Berman’s work in a 2009 piece:

Nicknamed Dr. Evil—a moniker he embraces—he’s the force behind several industry-backed nonprofits that share staff and office space with his very for-profit communications and advertising firm, Berman and Company. The firm promises clients it will not “just change the debate” but “start” one, and a range of companies, from Anheuser-Busch to Philip Morris to the casino chain Harrah’s, have signed up for Berman’s “aggressive” and “hard-hitting” advocacy. Some clients pay Berman and Co. directly, while others donate to his nonprofits—but much of the cash winds up in the same place, via hefty management fees the front groups pay to Berman’s company.

Charity Navigator has posted advisories for five Berman projects: the Center for Consumer Freedom, which opposes regulation of the food and beverage industry; the American Beverage Institute, another beverage industry group; the Center for Union Facts, which targets unions; the Employment Policies Institute Foundation, which campaigns against minimum wage increases; and the Enterprise Freedom Action Committee, a political action committee targeting Democratic candidates.

In its advisories, Charity Navigator cites the fact that the majority of the expenses for these groups are in fact payments to Berman and Company. For the Center for Consumer Freedom, it notes that their 2010 tax forms indicate that $1.7 million of the $2.4 million in total program expenses went directly to Berman and Company. On the American Beverage Institute advisory, it notes that $1.3 million of the total $1.7 million spent in 2011 went to Berman’s for-profit company.

Some of the other non-profit groups that Berman and Company has attacked have asked the IRS to review the tax-exempt status of the 501(c)3s, claiming that they should not qualify as charitable organizations. Citizens for Responsibility and Ethics in Washington, which runs the website Berman Exposed, has also filed a complaint with the IRS raising questions about the tax status of the Center for Consumer Freedom specifically. The IRS has declined to say whether it is pursuing an investigation.

The irony of this is that the Center for Consumer Freedom previously crowed when Charity Navigator downgraded the rating of the Humane Society of the United States, one of the main organizations its efforts have targeted. (The HSUS rating has gone back up to four stars since then, however.)