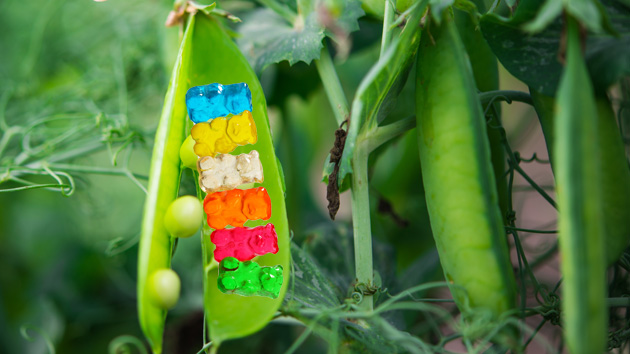 Climate skeptics like to point out that carbon dioxide in the atmosphere stimulates plant growth—suggesting that ever-growing fossil fuel consumption will lead to an era of bin-busting crop yields. But as I noted last week, the best science suggests that other effects of an over-heated planet—heat stress, drought, and floods—will likely overwhelm any bonus from CO2-rich air. Overall, it seems, crop yields will decline.

Higher CO2 levels caused a “significant decrease in the concentrations of zinc, iron, and protein” for wheat and rice.

The team, led by Samuel Myers, a research scientist at Harvard’s Department of Environmental Health, grew a variety of grains and legumes in plots in the US, Japan, and Australia. They subjected one set to air enriched with CO2 at concentrations ranging from 546 and 586 parts per million—levels expected to be reached in around four decades; the other set got ambient air at today’s CO2 level, which recently crossed the 400 parts per million threshold.

These are potentially grave findings, because a large swath of humanity relies on rice, wheat, and legumes for these very nutrients, the authors note. They report that two billion people already suffer from zinc and iron deficiencies, “causing a loss of 63 million life-years annually.” According to the Harvard press release, the “reduction in these nutrients represents the most significant health threat ever shown to be associated with climate change.” Symptoms of zinc deficiency include stunted growth, appetite loss, impaired immune function, hair loss, diarrhea, delayed sexual maturation, impotence, hypogonadism (for males), and eye and skin lesions; while iron deficiency brings on fatigue, shortness of breath, dizziness, and headache.

Wheat, rice, soybeans, and peas are all what scientists call C3 crops, characterized by the way they use photosynthesis to trap carbon from the atmosphere. C4 crops, which use a different pathway, include staples like corn and sorghum. Fortunately, C4 crops showed much less sensitivity to higher CO2 levels, the study found.

Roundup “loses its efficacy on weeds grown at CO2 levels projected to occur in the coming decades.”

Meanwhile, in my post last week about the big National Climate Assessment and its finding on agriculture, I left out a key point on weeds. The report’s agriculture section notes that “several weed species benefit more than crops from higher temperatures and CO2 levels,” meaning that climate change will likely intensify weed pressure on farmers. And then it adds a bombshell: glyphosate, the widely used herbicide marketed by Monsanto as Roundup, “loses its efficacy on weeds grown at CO2 levels projected to occur in the coming decades.” And that means “higher concentrations of the chemical and more frequent sprayings thus will be needed, increasing economic and environmental costs associated with chemical use.”

In short, the era of climate change will hardly be the paradise of carbon-enriched bounty envisioned by fossil fuel enthusiasts. For a look at how farmers probably should adapt to these unhappy developments, see my 2013 profile of Ohio farmer David Brandt.