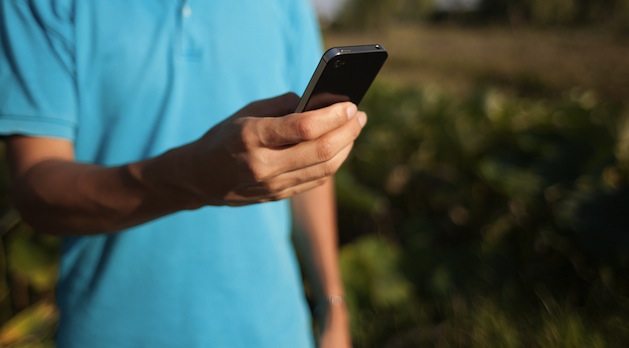 Ask an agribusiness exec about sustainable agriculture, and you’ll likely get an earful about something called “precision agriculture.” What is it? According to Yara, the fertilizer giant, it’s technology that “enables farmers to add the specific nutrients needed for their crop, in exactly the right amount, at the right time.”

That is to say, instead of using intuition and experience to decide how much fertilizer or pesticides to apply, farmers rely on sensors, satellite data, and the Internet of Things to make such choices. In addition to selling farmers agrichemicals, Yara also sells a “knowledge platform, supported by tools for precision farming,” including “an online service providing advice on the physical mixing characteristics of Yara’s foliar products with agrochemicals.”

Yara isn’t the only industry titan to move into the information-peddling business. Genetically modified seed/pesticide giant Monsanto envisions itself transforming into an information-technology company within a decade, as a company honcho recently told my colleague Tim McDonnell. A year ago, Monsanto dropped nearly $1 billion on Climate Corp., which “turns a wide range of information into valuable insights and recommendations for farmers,” as Monsanto put it at the time.

The payoff for growers can be huge: Monsanto estimates that farmers typically make 40 key choices in the course of a growing season—what seed to plant, when to plant it, and so on. For each decision, there’s an opportunity to save money on “inputs”: water, fuel, seeds, custom chemical treatments, etc. Those savings can come with a parallel environmental benefit (less pollution from fertilizer and insecticides).

These are real gains. No one who has seen fertilizer-fed algae blooms in Lake Erie—or had their municipal tap water declared toxic because of them—can deny that the Midwest’s massive corn farms need to use fertilizer more efficiently. Des Moines, Iowa, surrounded by millions of acres of intensively fertilized farmland, routinely has to spend taxpayer cash to filter its municipal drinking water of nitrates from farm runoff. Nitrates are linked with cancer and “blue-baby syndrome,” which can suffocate infants.

But as Quentin Hardy suggested in a recent New York Times piece, Big Data on the farm can also steamroll an extremely effective conservation practice: crop diversification, which can slash the need for fertilizer and herbicide, as a landmark 2012 Iowa State University study showed. Big Data, Hardy argued, gives farms incentive to both get bigger and plant fewer varieties of crops.

His argument is twofold. First, the precision ag tools being peddled by the agribusiness giants are quite pricey:

Equipment makers like John Deere and AGCO, for example, have covered their planters, tractors and harvesters with sensors, computers and communications equipment. A combine equipped to harvest a few crops cost perhaps $65,000 in 2000; now it goes for as much as $500,000 because of the added information technology.

When a farmer invests that much in a technology, there’s an “incentive to grow single crops to maximize the effectiveness of technology by growing them at the largest possible scale,” Hardy writes. “Farmers with diverse crops and livestock would need many different systems,” and that would require yet more investment in information technology.

Hardy finds evidence that the shift to information technology is already accelerating a decades-long trend of ever-larger Midwestern farms focusing more and more on churning out just two crops: corn and soy. “It’s not that smaller farms are less productive, but the big ones can afford these technology investments,” a US Department of Agriculture economist tells him.

One farmer Hardy talked to owns a family farm in Iowa that grew from 700 acres in the 1970s to 20,000 acres today. “We’ve got sensors on the combine, GPS data from satellites, cellular modems on self-driving tractors, apps for irrigation on iPhones,” the farmer tells Hardy.

The recent plunge in corn and soy prices might only exacerbate the trend. All that gear and information allows the farm to operate at a high level of efficiency and at a vast scale, making it more likely to eke out a profit than smaller operations in a time of lowball crop prices. As a result, over the next few years of expected low crop prices, the farmer with 20,000 acres in Iowa expects his farm to expand at the expense of “farmers who don’t embrace technology,” he tells Hardy.

But economies of scale and efficiency don’t automatically translate to less use of toxic chemicals and pollution. Big Data may help monocrop farmers use less fertilizer and pesticides per acre harvested than they had been before, but if they drive out more diversified and less chemical-intensive operations, the result might not be as clear-cut as the agribusiness companies suggest.