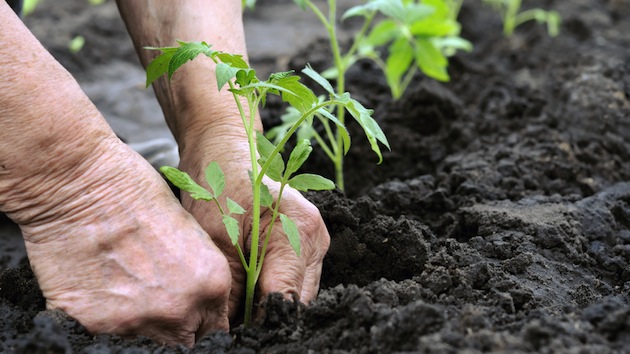 After years of steady growth in demand, organic food now accounts for 5 percent of US food sales. Yet organically managed land makes up just 1 percent of US farmland. Why hasn’t the craze for organics moved from the supermarket to the countryside? The problem isn’t a lack of profitability, a new paper (abstract; press release) from Washington State University researchers David Crowdera and John Reganold finds.

The researchers found that organic farming is somewhere between 22 percent and 35 percent more profitable for farmers than conventional.

The authors crunched data from 44 studies involving 55 crops grown on five continents over 40 years and found that organic farming is somewhere between 22 percent and 35 percent more profitable for farmers than conventional. The reason: the higher price farmers get when they sell certified-organic crops. This “premium,” as it’s known, stands at around 30 percent, and stayed roughly equal over the four-decade period, the authors report.

They also found that organic farming would retain its profitability edge even if its price advantage dropped significantly: at a premium as low as 5 percent, they found, the two systems are equally profitable. The costs of doing business are roughly equal for the two systems: Organic farmers save on chemical inputs, but essentially substitute labor for chemicals (think hoeing weeds vs. dousing them with herbicides) and thus have higher labor costs.

According to the studies they analyzed, organic farming delivers lower yields than conventional, by somewhere between 10 percent and 18 percent (mainly driven by use of synthetic and mined fertilizers). This yield penalty, it should be noted, is not necessarily set in stone. For the purposes of this paper, the authors looked at studies comparing conventional and organic ag as they’re practiced in the field in a variety of contexts.

But agrichemical-intensive agriculture has received far more research-and-development over the decades than organic has. And when organic ag is lavished with serious research, it has proven the ability to deliver comparable yields—see, for example, the well-respected test plots at the Rodale Institute in Pennsylvania.

These “externalities,” as they’re known, “likely make up for price premiums awarded to organic products,” the authors write. That is, when we spend more for organic food, we’re essentially paying farmers a little extra to maintain healthy soil and avoid pesticide runoff.

The question looms: If organic is more profitable, why hasn’t it spread far and wide? The authors note that the three-year transition required for certification puts farmers in a bind: Having gone cold turkey from agrichemicals, their yields drop, but they get no price premium for their trouble until year four. I’d add that farmers, like most people, are wary of change. Organic may offer higher profits; but ditching chemicals requires a radically different style of farming. Such leaps aren’t made casually.

If we want to move away from reliance on toxic chemicals, the organic premium might not be enough. We may have to think of other ways to factor those “externalities” into the price of the food we eat.