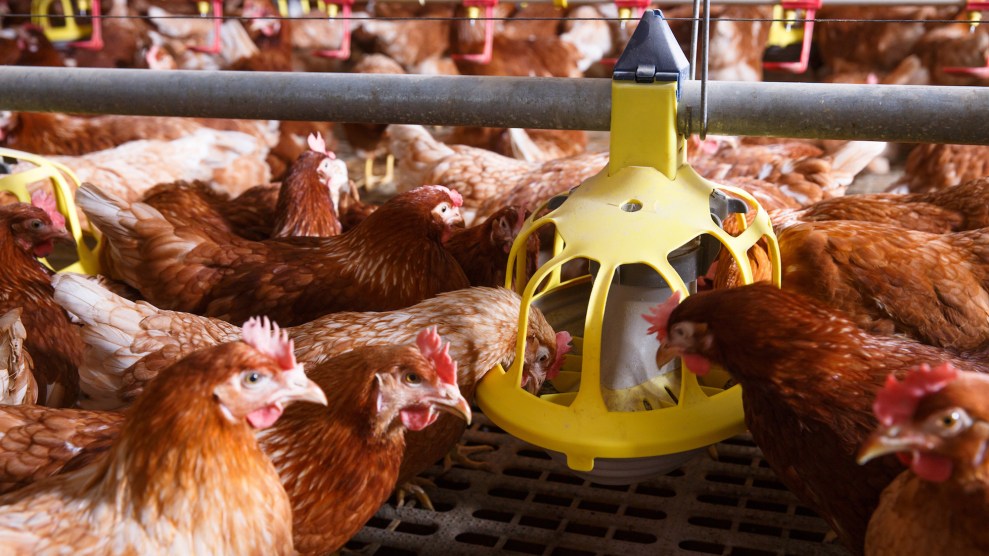 When you pay up for certified-organic eggs, do you picture a flock of hens scratching outdoors in the grass? If so, I’m here with a sobering reminder: As I reported in 2015, under the letter of organic code, which is developed and enforced by the US Department of Agriculture, organically managed hens often spend most of their time in large indoor barns, so long as they have access to raised “sun porches” that allow them to to touch neither dirt nor grass.

New requirements developed toward the end of the Obama administration would have changed that. The Organic Livestock and Poultry Practices rules would have required that farmers “provide animals with daily access to the outdoors and that outdoor areas include vegetation and/or soil.” The new setup “does not allow enclosed porches to be considered outdoors or to meet the requirement for outdoor access,” the USDA stated in January 2017.

Organically managed hens often spend most of their time in large indoor barns, so long as they have access to raised “sun porches” that allow them to touch neither dirt nor grass.

The rules were set to go into effect in May. But on Monday, President Donald Trump’s USDA nixed them.

The Trump administration appears to have had it in for the new rules from the start. Before Monday’s decision to nullify the requirements, the USDA had delayed their implementation at least three times. The United Egg Producers, the trade group represents the egg industry’s largest players, praised the latest decision. The Organic Trade Association, meanwhile, has a lawsuit pending that seeks to force the USDA to implement the rules.

The Organic Livestock and Poultry Practices rules would have also filled in other animal-welfare gaps on organic code. In a report last year, the Washington Post’s Peter Whoriskey found one large organic egg operation raising birds indoors at “more than three hens per square foot of floor space.” The new rules would have ensured at least one square foot per bird.

“Today’s announcement is a subversion of comprehensive federal animal welfare standards approved by the USDA, and it will prove crippling to family farmers all across the nation who treat their animals well and want to be able to market their products under an authentic ‘organic’ label,” the Humane Society of the United States said in a statement. “We are appalled by this action, and plan to mount a major effort to reverse a decision that will contribute to hollowing out rural communities and that will allow factory farmers to trick the public and sell their products at a premium under a deficient organic label.”