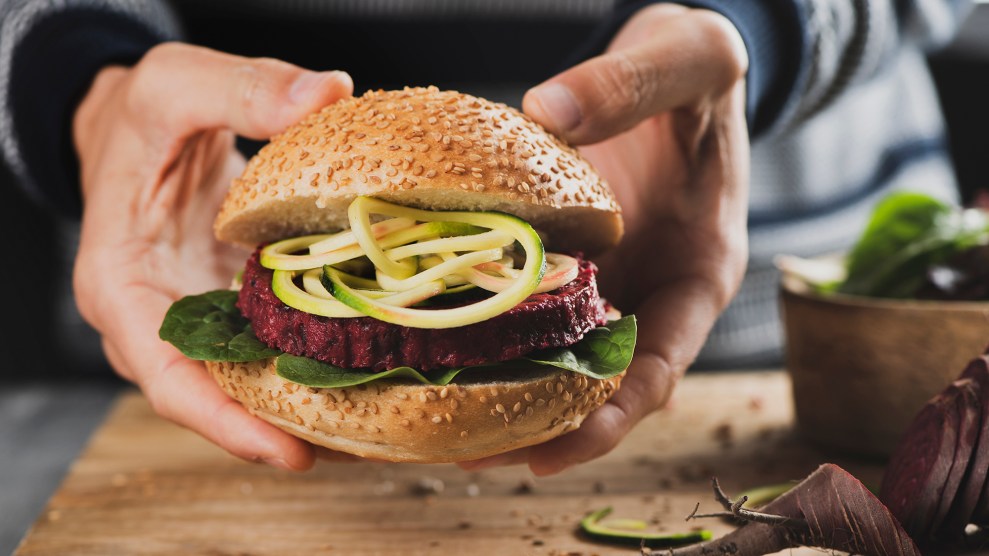 The United States’ beef and pork producers churned out 48.4 billion pounds of red meat in 2015, and made $9 billion exporting it around the world. Despite that success, they appear threatened by the growing number of meat alternatives cropping up in grocery stores. Now, the livestock lobby is taking its beef to state lawmakers.

In May, Missouri became the first state to make sure plant and lab-based meat makers can’t use the term “meat” to describe their products. The Missouri state legislature passed an omnibus agricultural bill that includes a provision to ban the use of the word “meat” to describe anything that is “not derived from harvested production livestock or poultry.” The provision paralleled language in a House bill sponsored by Republican state Rep. Jeff Knight, a former livestock auctioneer.

The Missouri state legislature passed a bill that includes a provision to ban the use of the word “meat” to describe anything that is “not derived from harvested production livestock or poultry.”

The Missouri Cattleman’s Association, a trade group, applauded the measure. “The use of traditional nomenclature on alternative products is confusing to consumers and weakens the value of products derived from actual livestock production,” stated MCA’s executive vice president, Mike Deering, in a press release.

Last month, France also banned the use of the words “steak” and “cheese” (okay, fromage) to describe vegetable products or alternatives. “It is important to combat false claims. Our products must be designated correctly,” tweeted Jean-Baptiste Moreau, a French politician.

But some see such measures as redundant in the US. “Misrepresentation is already prohibited by federal law; the intent of this bill is to censor labeling terms in plant-based products,” said Jessica Almy, director of policy at the Good Food Institute, a nonprofit that promotes alternatives to conventional meat. Almy argues that the term “plant-based meat,” which the Missouri law would prohibit, already makes clear that a product is made from plants, and banning it would “present a serious hurdle to manufacturers trying to describe their products.”

The battle echoes the great mayonnaise wars of 2014-2015: In 2015, the Food and Drug Administration ruled that eggless mayo company Hampton Creek couldn’t use the term “mayo” on its label. Then reports surfaced that the American Egg Board had attempted to stop Whole Foods from selling Hampton Creek’s product; ultimately, Hampton was allowed to keep “Just Mayo” as its product’s name so long as it made its egglessness clearer.

Some experts posit that you’ll be able to buy meat grown from stem cells by 2020.

Do the terms “plant-based” or “clean” meat really pose much of a threat to animal meat makers or consumers? It’s hard to feel too bad for livestock producers—the United States Department of Agriculture predicts that Americans will scarf down a record amount of meat in 2018, or around 222 pounds a person. But you can already try plant-based hamburgers that have a texture eerily similar to the real thing. And lab-grown meat, also known as “clean meat,” could be here before you know it: Some experts posit that you’ll be able to buy meat grown from stem cells by 2020. Memphis Meats, a company perfecting lab-grown beef, duck, chicken, and pork, counts billionaire Bill Gates and agriculture corporation Cargill as investors. Poultry giant Tyson Foods has at least a five percent stake of plant-based protein maker Beyond Meat, and recently launched its own line of alternative proteins.

And the popularity of vegetarian and vegan alternatives is on the rise: A recent Nielsen poll found that 23 percent of people want more plant-based proteins on the shelves, and data from HealthFocus International suggests that 60 percent of people say they are cutting back on meat-based products.