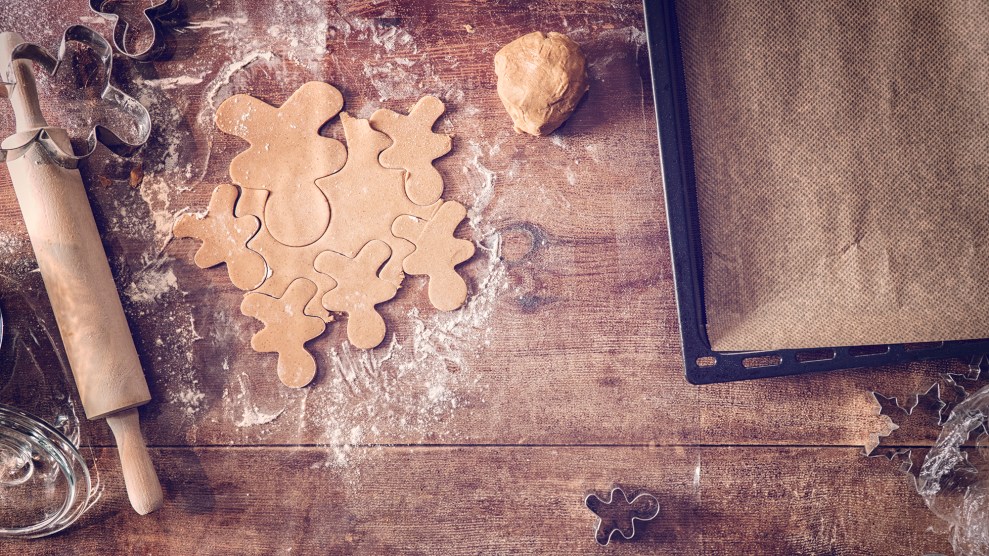 Writer Helen Oyeyemi’s new novel Gingerbread follows three generations of women, who each turn to a family recipe for a different reason. Baking loaves of the tea cake was an important part of the book’s research. “My entire flat just smelled like all of the nutmeg and ginger,” Oyeyemi told us on a recent episode of Bite. “That was a good phase.”

Her favorite gingerbread recipe? One credited to famed poet Emily Dickinson. “Just loads of molasses, as much butter as you can whack in—it’s the most decadent,” Oyeyemi says.

Dickinson’s creative and culinary works seem to have influenced each other. She often wrote poems in the kitchen, on the backs of butter wrappers and recipes, according to historians at the Emily Dickinson Museum. Though a notorious recluse, Dickinson often shared her baked goods with friends and neighbors. As the story goes, whenever she saw the neighborhood children playing in her family’s orchards she would fill a basket with desserts, often gingerbread, and lower it out her window (so their mothers wouldn’t see) to the children eagerly waiting below.

A gingerbread recipe in Dickinson’s handwriting was found among the items belonging to her brother Austin’s wife, Susan. In 1975, guides at the Emily Dickinson Museum in the poet’s hometown of Amherst, Massachusetts, included it in a 28-page cookbook called Emily Dickinson, Profile of the Poet as Cook with Selected Recipes. Dickinson provided no instructions on how to make the dessert, but the museum’s guides added some directions, which we’ve included below:

Make up with molasses. (Guides at the Emily Dickinson House, who in 1975 individually experimented with the quantity of molasses, have generally agreed that a “cup or so” is just about right).

Cream the butter and mix with lightly whipped cream. Sift dry ingredients together and combine with other ingredients. The dough is stiff and needs to be pressed into whatever pan you choose. A round or small square pan is suitable. The recipe also fits perfectly into a cast iron muffin pan, if you happen to have one which makes oval cakes. Bake at 350°F for 20-25 minutes.