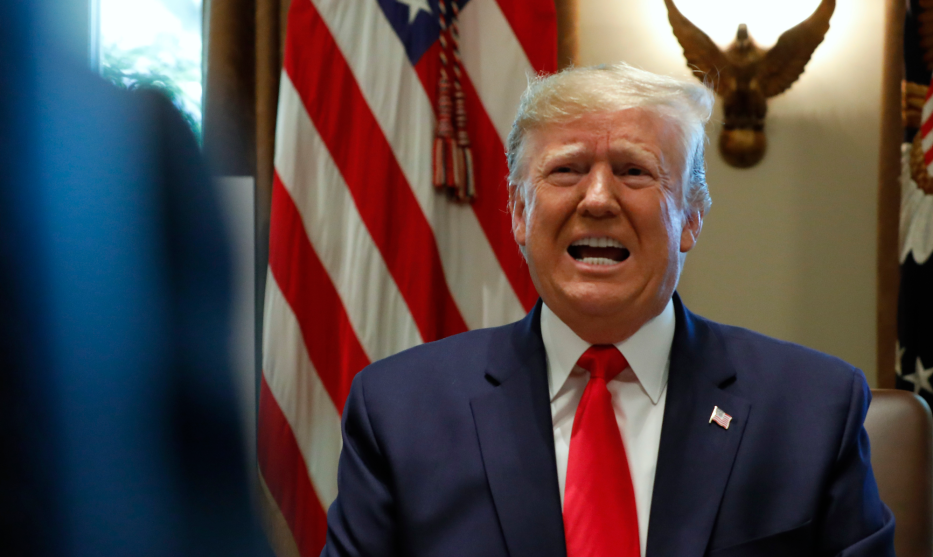 Shortly after a new poll showed that half of Americans now support his removal from office, President Donald Trump on Tuesday offered up a wildly inappropriate and offensive comparison:

So some day, if a Democrat becomes President and the Republicans win the House, even by a tiny margin, they can impeach the President, without due process or fairness or any legal rights. All Republicans must remember what they are witnessing here – a lynching. But we will WIN!

The “lynching” description does not resonate with most Americans, who increasingly support Democrats’ impeachment inquiry. Even a handful of Republican lawmakers now back the probe. It does, however, come as the latest self-victimizing tantrum Trump has thrown in recent weeks, as key witnesses in the Ukraine scandal have ignored the White House’s demand for silence with testimony damning for Trump and his allies. And this time he did it by likening his political situation to the brutal murders of African Americans.

Those depositions continue with Bill Taylor, the top US diplomat to Ukraine, who is set to appear before House investigators today. Taylor, in text messages released by Democrats earlier this month, had called Trump’s Ukraine policy “crazy.”