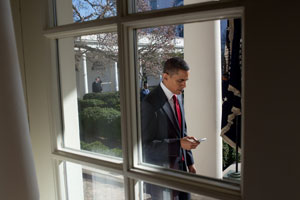 I should have linked to this a couple of days ago, but better late than never. Here is Glenn Greenwald noting that recent anti-terrorist measures — some directly from President Obama and others not, but mostly with bipartisan support in Congress in either case — go well beyond what the Bush/Cheney administration ever proposed. Instead of merely targeting foreign nationals, these new proposal are aimed directly at American citizens:

A bipartisan group from Congress sponsors legislation to strip Americans of their citizenship based on Terrorism accusations. Barack Obama claims the right to assassinate Americans far from any battlefield and with no due process of any kind. The Obama administration begins covertly abandoning long-standing Miranda protections for American suspects by vastly expanding what had long been a very narrow “public safety” exception, and now Eric Holder explicitly advocates legislation to codify that erosion. John McCain and Joe Lieberman introduce legislation to bar all Terrorism suspects, including Americans arrested on U.S. soil, from being tried in civilian courts.

….There is, of course, no moral difference between subjecting citizens and non-citizens to abusive or tyrannical treatment. But as a practical matter, the dangers intensify when the denial of rights is aimed at a government’s own population. The ultimate check on any government is its own citizenry; vesting political leaders with oppressive domestic authority uniquely empowers them to avoid accountability and deter dissent.

Aside from war and occupation, governments have far more coercive power against their own citizens than they do against residents of other countries. There are natural limits to what the U.S. government can do, say, to Chinese or French nationals in their own countries. But within the United States itself, the only restrictions on state power are largely legal, and without those legal limitations the federal government has an almost unlimited ability to exercise its coercive authority over anyone it chooses to. This is why the distinction between citizens and non-citizens is so important.

I am, fundamentally, an admirer of Barack Obama. I like his temperament, I like his worldview, and I like his management style. As I’ve said before, he has a habit of disappointing me just a little bit on an almost routine basis, but most of the time that doesn’t interfere with my basic admiration. The one exception has been his attitude toward civil liberties and terrorism. 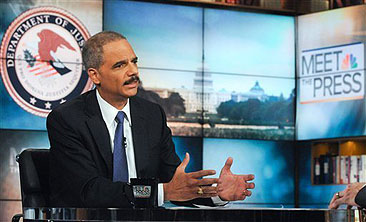 His early ban on torture was profoundly welcome, but aside from that he’s mostly continued Bush-era policies with only minor changes and then added to them things that Bush and Cheney could only have dreamed of. In this one area, I feel betrayed.

For a couple of reasons it’s funny that I feel this way. First, this is really nothing new. Democrats have been only marginally better than Republicans on these issues for years. The Clinton era was hardly a golden age of civil liberties, after all, and after 9/11 most of Bush’s infingements on civil liberties were supported — sometimes publicly, sometimes merely implicitly — by plenty of Democrats. Obama was one of those Democrats while he was a senator, and he’s still one of them now.

Second, unlike Glenn, I’m not a hardcore defender of civil liberties in every conceivable circumstance. Global terrorism really does blur the lines between traditional battlefields and domestic policing in ways that are tricky to resolve. Guantanamo and the broader issue of enemy combatants is, as I said several times while Bush was still in office, an excruciatingly difficult one. Even the operation of broad surveillance networks poses some genuinely complicated problems thanks to the technical architecture of modern communications systems.

But as difficult as a lot of these problems are generally, once the U.S. government starts targeting U.S. citizens without warrants or due process, we’ve crossed a bright line that’s dangerously corrosive. That includes the warrantless wiretapping and non-appealable no-fly lists of the Bush administration, and it includes assassinating Americans and removing Miranda protections under the Obama administration. They’re outrageous and dangerous transgressions no matter who’s doing them, and Obama needs to take a long, deep breath and reconsider how he’s handling these issues. In most things, Obama is famous for taking the long view and not letting day-to-day political considerations force his hand. He needs to start doing the same thing here.