Should we institute a tax holiday on foreign earnings, a one-time deal that allows U.S. companies to bring home profits from their overseas operations at a low rate? Peter Coy and Jesse Drucker argue that it’s a bad idea: we did it before in 2004, and companies all figured out that if it happened once, it would happen again. So they started piling up even more earnings overseas than before. Ezra Klein comments:

But if you read the piece, you’ll also realize that all the good arguments in the world might not be able to stop this bad idea from happening. There’s a lot of money riding on it, so there’s a lot of money behind it. “The pro-holiday coalition has quietly assembled an all-star lobbying and communications team,” report Coy and Drucker. The communications strategist is Anita Dunn, “who served as President Barack Obama’s interim 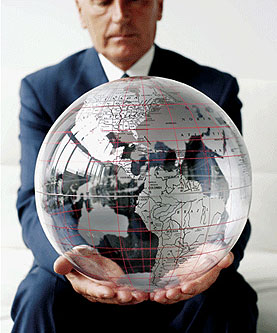 communications director during his first year in office.” [Etc.]

Tax cuts for corporations and the rich always have a pretty good chance of passing, so this is hardly a surprise. But I have a question: I’ve read some seemingly persuasive arguments that taxing foreign earnings is a bad idea in the first place, and it’s something that virtually no other rich country does. Here’s a typical version of this argument from the CEO of Cisco:

The U.S. government’s treatment of repatriated foreign earnings stands in marked contrast to the tax practices of almost every major developed economy, including Germany, Japan, the United Kingdom, France, Spain, Italy, Russia, Australia and Canada, to name a few. Companies headquartered in any of these countries can repatriate foreign earnings to their home countries at a tax rate of 0%-2%. That’s because those countries realize that choking off foreign capital from their economies is decidedly against their national interests.

So how about it? Is there something to this, or is something important being left out? What’s the liberal conventional wisdom here?

(Of course, in a more blue-sky vein, I’m in favor of phasing out the corporate income tax completely and replacing it with a carbon tax. That would be almost 100% beneficial to everyone, and yet, it will never happen. Strange, isn’t it?)

UPDATE: Turns out Coy and Drucker addressed this issue in their piece. I shoulda clicked the link. Ezra sums it up here.