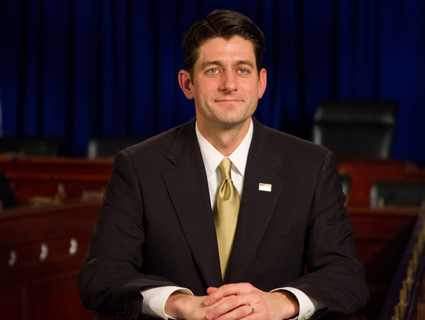 It’s a bit of a fool’s errand to think anyone is going to take this seriously, but I’m glad David Leonhardt brought up an obvious point today: if the federal deficit is truly an “existential crisis,” and everyone has to sacrifice to get it under control, then there’s no reason the elderly shouldn’t have to sacrifice too:

There is nearly a bipartisan consensus that any cuts to Medicare and Social Security should spare the baby boomers and the elderly. And, certainly, retirees or people on the verge of retirement shouldn’t have their benefits changed radically. But the consensus, like Mr. Ryan’s plan, goes too far.

The reason is partly political. Older people vote in larger numbers than younger adults. And children, of course, can’t vote at all. But beyond politics, Washington’s age bias depends on a basic misunderstanding of the budget — namely, that older people have already paid for their Medicare benefits.

They haven’t. For most Americans, Medicare resembles a giant welfare program. They receive far more in government benefits than they ever pay in taxes and premiums. The gap for a typical household runs to several hundreds of thousands of dollars.

This is a point that few people ever make explicitly: today’s retirees aren’t merely getting benefits that they’ve paid for their entire lives. They’re drawing way, way more from Medicare than they ever put into it. To make this concrete, here’s an estimate from the Urban Institute of how much a single man who retired last year will get in lifetime Medicare payments. (All of this has been adjusted for inflation.)

This retiree is going to get three times more out of Medicare than he ever paid in. So if it’s really true that everyone needs to sacrifice, then why should current retirees, who are getting such a sweet deal from the rest of us, be excluded from the pain?

So explain to me: what’s courageous about a Republican congressman proposing spending cuts for the poor, entitlement cuts only in the far future, tax cuts for the rich today, and hands off the Pentagon forever? Nothing I can think of.