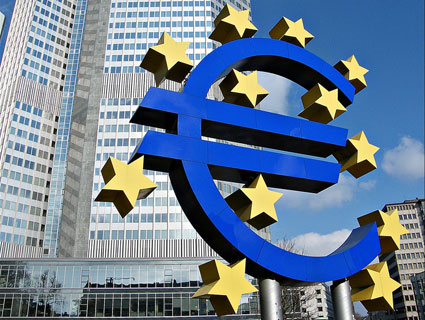 Here’s a cleaned-up version of a conversation I just had about Greece’s sudden U-turn on the rescue deal negotiated last week. Enjoy.

Are the Greeks crazy?

No, they’re just at the end of their tether. Europe is asking them to adopt more austerity than they’re willing to bear.

Okay, but they’re spending too much money. Surely they know they have to cut back?

Sure, but the deals on offer are pretty unattractive. Europe wants to forgive half of Greece’s debt and put them on a brutal austerity plan. The problem is that this is unrealistic. Greece would be broke even if all its debt were forgiven, and if their economy tanks they’ll be even broker.

But that’s the prospect they’re being offered: a little bit of debt forgiveness and a lot of austerity.

But it puts Greece into a death spiral. They can’t pay their debts, so they cut back, which hurts their economy, which makes them even broker, so they cut back some more, rinse and repeat. There’s virtually no hope that they’ll recover anytime in the near future. It’s just endless pain. What they need is total debt forgiveness and lots of aid going forward.

That doesn’t sound like a very attractive option for the rest of Europe.

So maybe they should just let Greece default and wash their hands of them.

Here’s the thing, though: Greek debt is largely held by German banks that made the loans. [See update below.] If Greece has been irresponsible, so were the German banks that happily loaned out the money. So if Greece defaults, the banks go kablooey. But they’re too big to fail, which means the German government would be forced to bail them out. And guess where the bailout money comes from? Tax dollars.

This means that German taxpayers have a bleak choice. They can shovel lots of money to Greece to keep them from defaulting, or they can refuse, and then shovel lots of money into German banks to keep them from collapsing. Either way, German taxpayers are going to foot the bill. They just haven’t quite accepted this in their gut yet, and it’s hard to blame them. They’re pretty badly screwed no matter what.

Hmmm. Given that choice, they might decide they’d rather give their money to German banks than to Greek civil servants. What happens then?

Greece defaults. And that almost certainly means that Greece exits the euro.

It’s the growth thing again. If Greece defaults, nobody will loan them any money. That means huge cutbacks, which means the economy will tank, which means even more cutbacks, etc. The traditional way out of this spiral is a massive devaluation of your currency. But Greece doesn’t have a currency. It has the euro.

So if they want their economy to grow again, they have to (a) default, (b) exit the euro and readopt the drachma, and (c) devalue the drachma. This will cause massive amounts of pain, but it will also make Greek exports super cheap, which will eventually revive their economy.

So why not just let that happen?

It’s just too catastrophic to consider. German banks, of course, would collapse and have to be bailed out. Ditto for banks in other countries that have lots of exposure to Greek debt. But that’s not the worst of it. If Greece exits the euro, it will become terrifyingly obvious that other weak countries might exit too. Portugal, Spain, and Italy are the obvious candidates. Investors, spooked at the thought of their money being stuck in a country that might exit the euro and devalue all its bank deposits, would start huge runs on banks in those countries. The ECB would have to intervene and provide liquidity without limit. It would be a disaster.

So exiting the euro can’t be allowed?

But if there’s no exit, there’s no devaluation, and Greece is pretty much screwed forever.

It depends on who blinks. Exiting the euro would be no picnic for Greece. But they could decide it’s better than endless indenture and threaten exit in order to get a better deal from the Germans. Then the Germans have to decide whether to call their bluff.

Exactly. Wow. Everyone knows that somebody’s going to lose a huge pile of money over this. What’s really happening right now is a very high-stakes negotiation to figure out just how the losses are going to be parceled out. Stay tuned.

UPDATE: It’s actually a little unclear just which country has the biggest exposure to Greek debt. Maybe Germany, maybe France, maybe Switzerland. See here, here, and here. And the ECB owns a lot of Greek debt these days too. But the general principle doesn’t change much. One way or another, Europe’s big countries have to decide whether to bail out Greece or whether to let them default and then bail out their own banking systems.