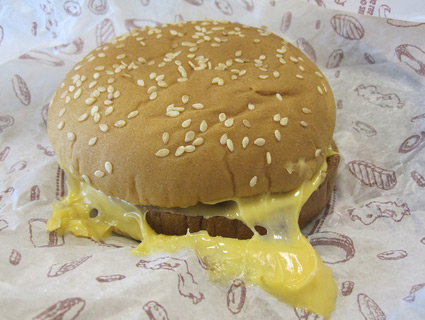 But now there’s another question about food deserts: Should we even care about them in the first place? For a long time, they’ve been a source of concern because supermarkets generally provide better access to fresh fruits and vegetables than little corner stores. Eating well is hard enough for the poor as it is, but it becomes all but impossible if they don’t have convenient access to good food in the first place.

Past research has questioned whether access to supermarkets really has a big impact on either obesity or eating habits, but the question has remained ambiguous. However, it’s getting less so thanks to several recent studies. In one, Helen Lee of the Public Policy Institute of California concluded that children in poor neighborhoods really do have greater access to fast-food chains and convenience stores than children in richer neighborhoods. But it didn’t make any difference: Access to different kinds of stores didn’t have any impact on weight gain among elementary-school-aged children.

Adam Drewnowski at the University of Washington has come to similar conclusions. For one thing, he says, it turns out that most people, even in poor neighborhoods, don’t shop at the stores closest to their homes. What’s more, in a study of various supermarkets in the Seattle area, he found that obesity rates were far more closely linked to income than anything else. “Obesity rates among supermarket shoppers closely tracked both food prices and incomes,” he found, but not the kinds of food available. Shoppers at 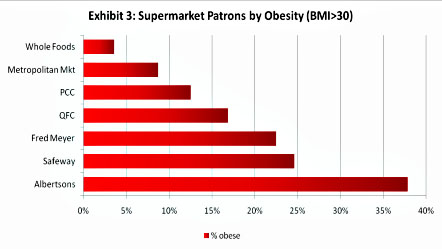 Albertson’s, a low-cost chain, were far more obese than shoppers at Whole Foods, even though both provided plenty of access to fresh fruits and vegetables.

Finally, there’s Roland Sturm of the RAND Corporation, who took a different approach, using self-reported data from 13,000 California children and teenagers. As reported by the New York Times, “Dr. Sturm found no relationship between what type of food students said they ate, what they weighed, and the type of food within a mile and a half of their homes…Living close to supermarkets or grocers did not make students thin and living close to fast food outlets did not make them fat.”

Why does this matter? After all, efforts to make sure that poor neighborhoods have access to a wide variety of food are laudable even if it turns out not to have a big impact on obesity. But it matters nonetheless, because it affects where we focus our money and our energy. If obesity and good nutrition are our goal, we need to look elsewhere. Tackling food deserts, it turns out, probably isn’t going to have much impact.

UPDATE: So where should we look? Tom Philpott has some ideas here.