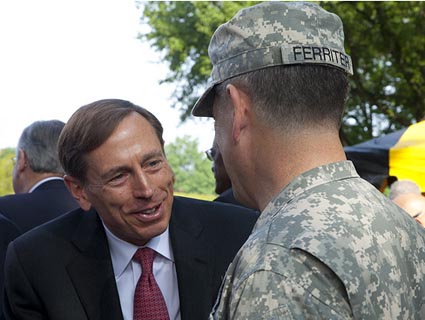 The American Civil Liberties Union filed a Freedom of Information Act lawsuit in February seeking records pertaining to the legal basis for the Central Intelligence Agency use of its deadly flying robots. On Monday, government lawyers filed a response brief, which says the agency won’t acknowledge whether the drone records exist because they’re secret:

Regardless of whether plaintiffs seek records of any CIA involvement or intelligence interest in U.S. drone strikes generally, or the alleged use of drones by the CIA specifically, or both, the district court properly held that plaintiffs failed to establish official disclosure by the CIA of the existence of any records that would be responsive to such request and that the CIA therefore is not prevented from providing a Glomar response. Instead of citing any direct statements to that effect by an authorized official, plaintiffs rely on vague and ambiguous statements by former CIA Director Leon Panetta and President Obama, none of which expressly acknowledges the information that plaintiffs seek here: that the CIA possesses responsive records relating to drone strikes.

Plaintiffs alternatively suggest that such an official disclosure may be inferred from those statements, particularly if those statements are considered in the context of media reports and statements by other government officials, which purportedly acknowledge the CIA’s involvement in drone strikes. But an official disclosure cannot be premised on speculation or inference by the public or media, or on statements made by unauthorized or unofficial government sources.

In early May, White House counterterrorism adviser John Brennan gave a speech in which he acknowledged the existence of the targeted killing program, defended it as legal, and argued that it almost always only kills bad guys. So the CIA’s argument here is: Just because a high-ranking public official gives a speech explaining how awesome and effective the targeted killing program is doesn’t mean the program’s existence isn’t a secret. It’s a state secret despite the fact the White House likes bragging about it.