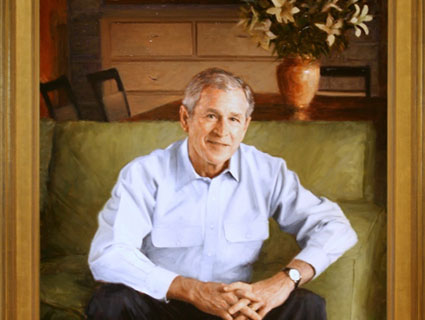 This may seem like an odd question, but the other day I found myself wondering what had become of George W. Bush. The answer, of course, is nothing. He lives in Dallas with Laura and…that’s about it. For all practical purposes, he’s disappeared. You’d hardly know that for eight years he was one of the most polarizing presidents in recent memory.

Why? Partly, it’s because Bush himself has chosen to keep such a low profile. He makes motivational speeches now and again, and shows up for the odd dedication or funeral, but otherwise keeps to himself. Even his 2010 memoir barely made a splash.

But the real reason is deeper. Bush may have seemed larger than life for eight years, but he left a surprisingly thin legacy. Take his legislative agenda. No Child Left Behind is now widely unpopular among both liberals and conservatives—so unpopular that Congress has spent the past five years assiduously avoiding a vote to reauthorize it. His tax cuts expired in 2010 and are now little more than a political football. His own party wants to repeal key provisions of Sarbanes-Oxley. The Supreme Court has effectively gutted campaign finance reform. On the foreign policy front, his wars are widely viewed as expensive failures. And he was never able to get so much as a vote on Social Security privatization or immigration reform.

Bush: “Eight years was awesome and I was famous and I was powerful.“

That doesn’t leave much. Pretty much all that’s left is the PATRIOT Act and the Medicare prescription drug bill. That’s not much for eight years.

Beyond that, neither party wants anything to do with him. It’s not surprising that Democrats still think of him as the Frat Boy President, one of the worst of all time, but what is surprising is that Republicans largely agree. A guy who was hailed in 2000 as the first real conservative since Reagan, and in 2004 as the second coming of Winston Churchill, was all but dead to the GOP by 2008. He was just another big spender who led the economy into a tailspin and then seemed to have no idea what to do about it. By the time his second term finally petered out, his reputation was toxic on both sides of the aisle. 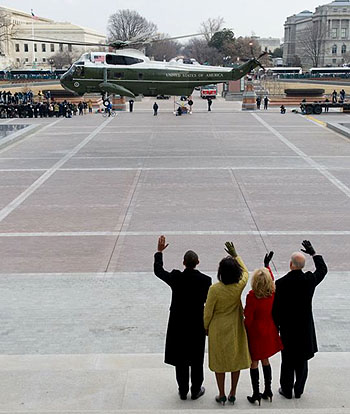 Finally, there’s Bush’s curious lack of any intellectual legacy. The cynical will suggest that this is because Bush didn’t have much of an intellect in the first place, but that’s just a cheap shot. Nobody ever accused FDR or Truman of being intellectual giants, but everyone knows what the Truman Doctrine is. Ditto for most other presidents, even if they don’t have a capital-D doctrine to their name. By contrast, Bush actually did have a capital-D doctrine to his name, but when Sarah Palin was asked in 2008 whether she supported the Bush Doctrine, she just stared blankly at interviewer Charlie Gibson. Palin took a lot of heat for that, but I actually felt a little bad for her. When I first heard that interview, I remember wracking my brain too, trying to figure just what Gibson was talking about. Is “Bring ’em on” a doctrine?

I’m not sure what to make of all this. I don’t even really have a point. It’s just sort of astonishing that a guy who was president only three years ago, and who loomed so large for both liberals and conservatives, has disappeared down the memory hole so completely. In the end, for all his swagger, he was a mile wide and an inch deep. Once he left the White House, it was as if his entire presidency had just been a bad dream.

Hence my question: Has any president in the last century disappeared so completely and so quickly from the national consciousness? I don’t think so. In that respect, George W. Bush really did turn out to be the world historical figure he always wanted to be.