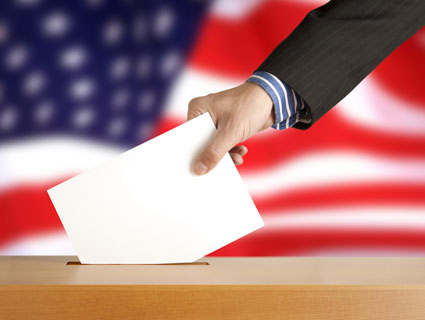 After running a story about voter access laws last Sunday, the New York Times got some complaints from readers about its he-said-she-said treatment of whether voter fraud is a serious problem. Margaret Sullivan, the Times’ public editor, asked the reporter and editor of the piece for their views:

Mr. Bronner agreed. “Both sides have become very angry and very suspicious about the other,” he said. “The purpose of this story was to step back and look at both sides, to lay it out.” While 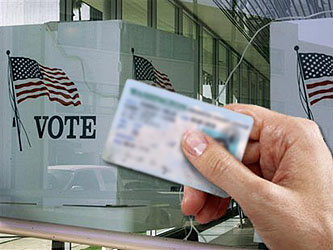 he agreed that there was “no known evidence of in-person voter fraud,” and that could have been included in this story, “I don’t think that’s the core issue here.”

This is a pretty remarkable response. I don’t have a problem with giving both sides some air time, but by far the main focus of the voter access battle is stringent photo ID laws — and the only real justification for stringent photo ID laws is that it stops in-person voter fraud. (That is, the kind of fraud where people show up in person at a polling place and pretend to be someone they aren’t. Even in theory, photo ID laws can’t stop any other kind of fraud.) This means that the existence of in-person voter fraud is exactly the core issue. If you don’t address the truth of that claim, you simply haven’t done a good job of informing your readership.

And apparently Bronner knows this. He agrees that there’s no known evidence of in-person voter fraud. So why on earth would he not make that clear in a story about voter ID laws? This wouldn’t require him to take a stand on the laws themselves, only to point out to readers in his own voice that in-person voter fraud basically doesn’t exist. They can then draw their own conclusions about whether voter ID laws are a good idea anyway and what the motivation for them is.

There are plenty of gray areas in the fight over voter access, which includes things like early voting hours, voter roll purging, and so forth. But on the specific subject of voter ID laws there are two clear facts: (a) the primary justification for the laws is in-person voter fraud, and (b) in-person voter fraud doesn’t exist. Anyone writing about the subject is doing a disservice if they don’t acknowledge this.