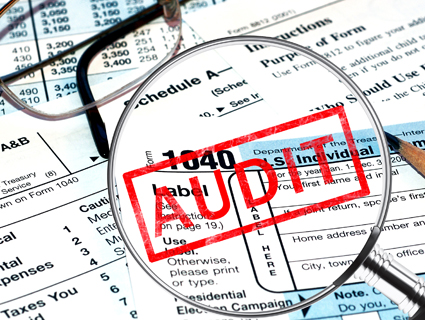 Hey, guess what? Conservatives now have a real scandal to tout! They’ve been complaining for a while that the IRS singled out tea party groups for audits, and it turns out they were right. Today, the IRS fessed up:

Organizations were singled out because they included the words “tea party” or “patriot” in their applications for tax-exempt status, said Lois Lerner, who heads the IRS division that oversees tax-exempt groups…”That was wrong. That was absolutely incorrect, it was insensitive and it was inappropriate. That’s not how we go about selecting cases for further review,” Lerner said at a conference sponsored by the American Bar Association.

“The IRS would like to apologize for that,” she added.

Lerner said the practice was initiated by low-level workers in Cincinnati and was not motivated by political bias. After her talk, she told The AP that no high level IRS officials knew about the practice. She did not say when they found out. About 75 groups were inappropriately targeted. None had their tax-exempt status revoked, Lerner said.

In this case, conservatives will undoubtedly demand more information about how this happened, who was involved, and when top officials found out about it. And this time, they’ll be right to.