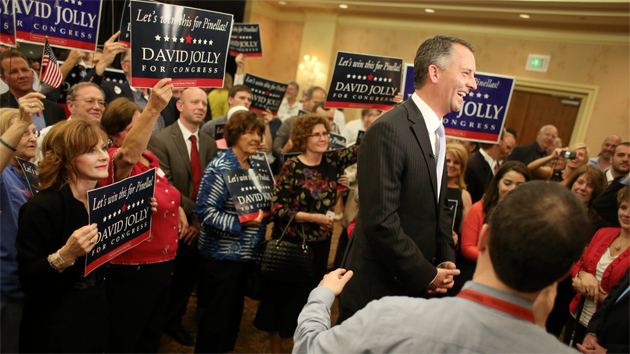 The Pinellas County race pit Alex Sink, an uninspiring corporate Democrat, against David Jolly, a say-anything lobbyist who spent half a week of the stretch sleazily and baselessly calling his opponent a “bigot.” Both of them came off like people desperately trying to sell you a time share.

And then he explains why Republican David Jolly won:

Having now spent 6,000-odd words on the Florida special election, I should admit that smart analysts predicted the result with one number. Two-hundred thousand. If that many ballots showed up in FL-13, Democrats were hitting their turnout models and winning the race. If fewer, they were losing. There were about 180,000 votes cast in the race, and the Democrats lost.

Yep. Basically, it was a tight race in a district previously held by a Republican but won by Obama in 2012. And Jolly ended up winning by two percentage points. There’s really not much of a lesson to be learned here aside from the fact that (a) it was truly a tossup district, and (b) Democrats have a really tough time with turnout in non-presidential elections. Eventually they’re going to have to figure out what to do about that.