Here’s a great example of the conservative media bubble at work. I was browsing The Corner a few minutes ago and came across a post telling me that the government has, rather astonishingly, acknowledged that it has another backup of Lois Lerner’s missing emails. Judicial Watch, which has been trying to get hold of these emails, sent out a press release trumpeting its discovery: 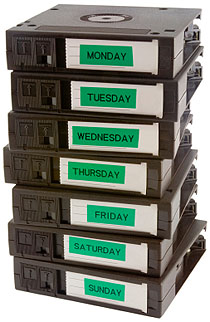 Well. That’s fascinating. But I wondered what was really up. I went to Google News but all I found were links to conservative news sites. The Judicial Watch story was plastered over all of them: Forbes, The Blaze, NRO, Breitbart, Fox, Townhall, the Washington Examiner, the Free Beacon, and the New York Observer. But none of the usual mainstream news sources seemed to have anything about this.

Except for The Hill. Hooray! So I clicked:

[An] administration official said Justice Department lawyers had dropped no bombshells last week, and that Judicial Watch was mischaracterizing what the government had said.

The official said that Justice lawyers were only referring to tapes backing up IRS emails that were routinely recycled twice a year before 2013, when the investigation into the Tea Party controversy began….The administration official said that the inspector general is examining whether any data can be recovered from the previously recycled back-up tapes and suggested that could be the cause of the confusion between the government and Judicial Watch.

Roger that. What he’s saying is that backup tapes are routinely recycled and written over, but it’s possible that some of the tapes weren’t entirely written over. There’s a chance that old emails might still be at the tail end of some of the tapes and could be recovered. And who knows: maybe some of them were Lerner’s. This is, as you can imagine, (a) the longest of long shots, and (b) a pretty difficult forensic recovery job even if some parts of the backup tapes contain old messages. It’s certainly not a jaw-dropping revelation.

But in right-wing fantasyland, it’s no doubt already become conventional wisdom that the feds have some kind of massive government-wide backup system that contains every email ever written by any federal employee. The Obama administration has just been hiding it.

Which is exactly what you’d expect from them, isn’t it?