The Senate torture report seems likely to be published this week in some form or another, but there’s already a campaign in full swing to keep it under wraps. Why? Because its release might put Americans in danger. Paul Waldman acknowledges that this 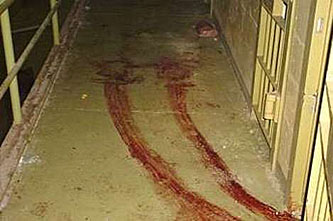 The cynicism necessary to attempt to blame the blowback from their torture program on those who want it exposed is truly a wonder. On one hand, they insist that they did nothing wrong and the program was humane, professional, and legal. On the other they implicitly accept that the truth is so ghastly that if it is released there will be an explosive backlash against America. Then the same officials who said “Freedom isn’t free!” as they sent other people’s children to fight in needless wars claim that the risk of violence against American embassies is too high a price to pay, so the details of what they did must be kept hidden.

There’s another thing to be said about this: Our conduct during the early years of the war on terror almost certainly inflamed our enemies, bolstered their recruitment, and prolonged the wars in Afghanistan, Iraq, and elsewhere. This cost thousands of American lives.

President Obama may have banned torture during his administration, but is there any reason to think we’ve now given up torture for good? Not that I can tell, and it will cost many more thousands of American lives if it happens again. So for our own safety, even if for no other reason, we need to do everything we can to reduce the odds of America going on another torture spree.

How do we do that? Well, all it will take for torture to become official policy yet again is (a) secrecy and (b) another horrific attack that can be exploited by whoever happens to be in power at the moment. And while there may not be a lot we can about (b), we can at least try to force the public to recognize the full nature of the brutality that we descended to after 9/11. That might lower the odds a little bit, and that’s why this report needs to be released. It’s not just because it would be the right thing to do. It’s because, in the long run, if it really does reduce the chances of America adopting a policy of mass torture again in the future, it will save American lives.