It’s been obvious to me for a while that the best way to get under Donald Trump’s skin is to attack him where it really hurts. Don’t call him a clown or an entertainer. That’s water off a duck. But he genuinely 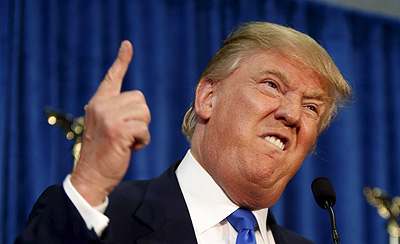 ….Trump quickly exploded on Twitter and wrote in a tweet: “Incompetent @RichLowry lost it tonight on @FoxNews. He should not be allowed on TV and the FCC should fine him!”

….”I love how Mr. Anti-PC now wants the FCC to fine me,” Lowry tweeted, adding a hashtag: #pathetic….Lowry finally threw up a white flag and offered this tweeted compromise: “A deal for you, Donald: if you apologize to Carly for your boorish insult, I might stop noting how she cut your b**** off.”

See? Easy peasy. Now I want someone to take on his dealmaking acumen. It shouldn’t be too hard. That should really get him hot under the collar.