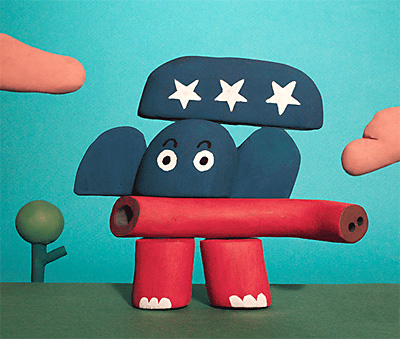 In the print magazine this month (yes! print!) I have a piece arguing that this year’s odd lack of enthusiasm among Republicans for repealing Obamacare—something that many folks have noted—is just a bellwether for wider GOP problems:

Obamacare’s foes running out of steam is just the most obvious sign of a larger trend: A lot of traditional conservative issues are losing their momentum. Gay marriage lost its fear factor years ago….The economy is probably in good enough shape to not be a big campaign issue. Taxes have already been lowered so much that the average family pays only about 5 percent of its earnings to the IRS.

….True, Republicans still have a short list of hot-button topics that inflame their base, but increasingly these are wedge issues that promise nearly as much downside as upside. Immigration is the most visible example….Republican voters aren’t sold on the idea of Iraq War 2.0….Even abortion runs the risk of becoming a wedge issue for the party as activists demand that candidates take extreme positions such as opposing exceptions for rape, incest, or the life and health of the mother—even though these are popular among most Republican voters.

The big Republican problem right now is not that they’re out of ideas. The problem is that just as Democrats were torn apart by their ideas 30 years ago, Republicans are being torn apart by theirs today. All the once-reliable Republican applause lines are fast becoming wedge issues that divide the party regulars from the tea party base. And this is all coming at the same time that Republicans are fighting the headwind of a long-term demographic shift that weakens them further with every election cycle. “In an era when the inmates are running the asylum, it’s not just Obamacare bashing that’s become a double-edged sword for Republicans. It’s nearly everything they’ve relied on for the past three decades.”

Read the whole thing! I’m excited about it. Not because it’s the most astute piece of political analysis ever, but because it’s my first print piece in over a year. That’s right: As of a couple of months ago, I had recovered enough from chemotherapy that I once again had the energy to start writing longer print pieces in addition to blogging. And I just finished another, better one for the next issue. Read it too! (When it comes out.)