Charter schools tend to suspend, expel, and force out more students than public schools. Is this the secret to their high test scores? Libby Nelson argues, correctly I think, that it’s not. Not directly anyway. Good studies have controlled for various factors like this, and charters still look pretty successful.

But there’s an indirect effect of this stuff that probably is important. Nelson writes about Eva Moskowitz, founder of New York City’s Success Academy, which was recently caught up in 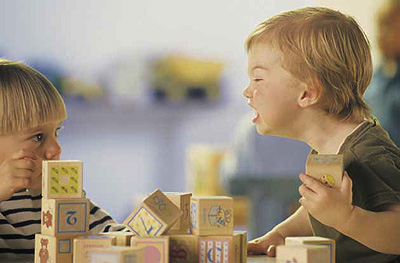 controversy over one of its schools maintaining a “got to go” list:

Some charter school leaders — including Moskowitz — argue that tight discipline is key to their success, not by selecting out low-performing students but by creating an environment in which most students can thrive….But if one secret to Success Academy’s high scores is its discipline policy, Moskowitz is acknowledging that she has an advantage traditional public schools don’t.

Charter schools can expel students, or suspend them so frequently that their parents decide to send them elsewhere, because district schools exist as a backstop.

….If your educational advantage comes, in part, from well-disciplined classrooms, and the way you keep those classrooms in order is by frequently suspending disruptive students, it makes it harder to suggest district schools would be more successful if they followed charter schools’ lead on everything. It’s much more difficult to create a “got to go” list if students have nowhere else to go.

Talk to any teacher and you’re likely to hear a similar story: if they could get rid of just two or three of the most disruptive kids in their classroom, life would be good and all the other kids would benefit. But of course, they can’t do it. Public schools can discipline kids, but they’re limited in how much and how often. And they can’t expel kids at all unless there’s somewhere for them to go. Generally speaking, they’re stuck with their troublemakers.

This is not an easy issue to tackle. Charter parents argue that it’s unfair for an entire class to suffer because the teacher spends all his time trying to tame a couple of hellions. But these are kids. It’s also unfair to doom them to an “alternative” school just because they haven’t grown up yet. There’s no simple answer. But when it comes to charter school success, I suspect this really is a factor, and it’s one that, by definition, can’t be replicated everywhere.

It’s also nearly impossible to measure, which means it will never show up in studies of charters vs. public schools. But just because it can’t be measured doesn’t mean it doesn’t exist.