The head of the IRS is hiring more people to enforce the tax code, and Rep. Jason Chaffetz is outraged:

The chairman of a powerful House committee is demanding to know how IRS chief John Koskinen has found the money to hire up to 700 enforcement staff when he told Congress a short time ago his agency was more or less broke.

….“Now, less than three months later, without that increase, you have announced plans to increase enforcement activities,” Chaffetz wrote. “The inescapable conclusion is that your testimony to Congress was inaccurate, reflecting either an attempt to exaggerate IRS’s budget needs or a management failure in understanding the needs of your organization.”

The Utah Republican’s May 6 letter, first reported by FoxNews.com, is the latest attack by House Republicans on Koskinen’s management 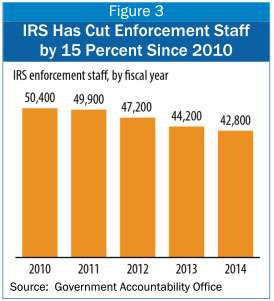 of the IRS since Congress launched a lengthy probe of the agency’s treatment of conservative groups. Chaffetz has been on a campaign since last October to impeach the tax collector.

FFS. These guys are still in a lather over the phony IRS scandal from three years ago? Give it up, guys: nothing happened except a very minor bit of bad judgment.

But I guess it is an election year, isn’t it? And who better to go after in an election year than the IRS? Everyone hates the IRS, especially rich people who don’t like the idea of enforcing the tax code. That’s why Chaffetz and his fellow Republicans have been on a crusade for decades to slash the IRS budget and reduce its auditing staff.

As for Chaffetz’s question, such as it is, apparently the answer is that Koskinen is mostly just replacing retiring workers with enforcement staff. Boring, isn’t it?