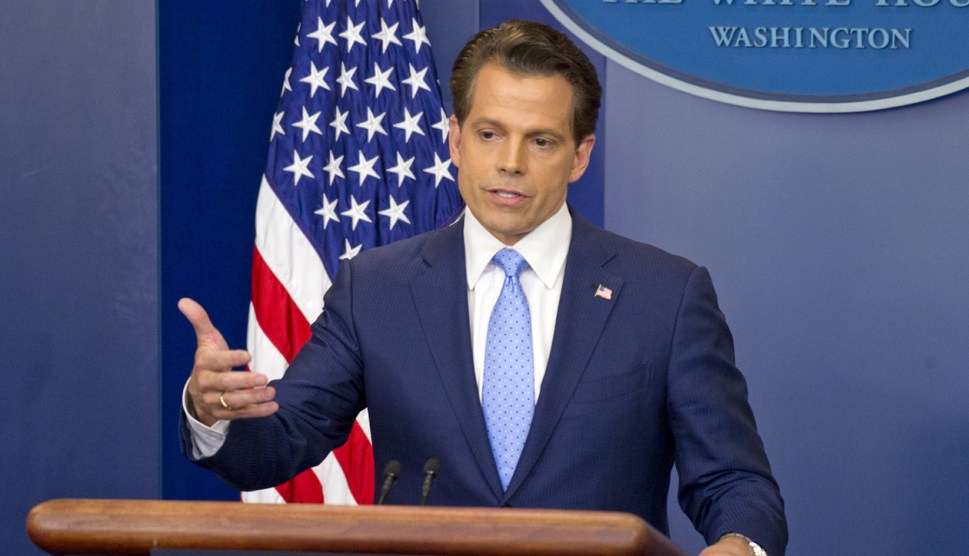 Oh man. It turns out I missed something hilarious yesterday.

As you probably know, Politico published a piece a few days ago that included financial disclosures made by Anthony Scaramucci, Donald Trump’s shiny new communications director. Mooch immediately went ballistic on Twitter, apparently blaming the leak on chief-of-staff Reince Priebus. Reporters soon got confirmation that Mooch was on the outs with Priebus, but a few hours later Mooch deleted the tweet and claimed that he and Priebus were best pals.

There was a reason Scaramucci didn’t respond further: There had been no leak. The Politico reporter, Lorraine Woellert, obtained Scaramucci’s disclosures by making a routine request to the Ex-Im bank for the form 278e that Scaramucci completed before working there. Woellert tweeted: “Mr @Scaramucci’s Form 278e is publicly available from ExIm. Just ask.”

The form had been filed on June 23, and became publicly available on July 23. So Woellert asked for it and got it.

This is what happens when you instantly go ballistic over every perceived slight. At best you look like a hothead. At worst you look like a dolt. And as long as we’re on the subject, I think Rich Lowry is right about Scaramucci:

His current communications gig probably has a limited shelf life for at least two reasons: 1) When you are in front of the cameras every day, even if you are very adept (Anthony is), you are going to get dinged up, especially when you are constantly defending Trump’s various statements; 2) The more time Scaramucci has in front of the camera and as his profile grows, it is more likely that Trump gets sick of seeing him and becomes jealous of the attention he’s getting.

Scaramucci is essentially taking on a press secretary’s job, since he’ll be on camera a lot. That’s a tough gig no matter what. With Trump, it’s an impossible gig, because the only way to defend the guy is to debase yourself constantly. Eventually you just get worn down. And as Lowry says, on the off chance that you can survive despite this, Trump will get jealous of you and figure out a way to fire you.

Once again, we’re left with one of life’s imponderables: why would anyone work for Donald Trump? It is a mystery.