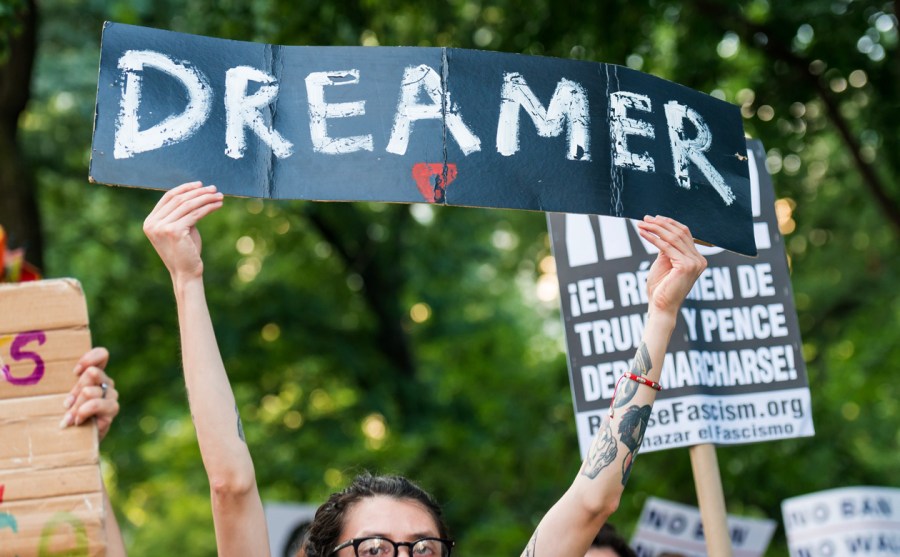 DACA, the “mini-DREAM Act” enacted by executive order under President Obama, is about to be killed by President Trump. Politico reports:

President Donald Trump has decided to end the Obama-era program that grants work permits to undocumented immigrants who arrived in the country as children, according to two sources familiar with his thinking. Senior White House aides huddled Sunday afternoon to discuss the rollout of a decision likely to ignite a political firestorm — and fulfill one of the president’s core campaign promises.

The administration’s deliberations on the issue have been fluid and fast moving, and the president has faced strong warnings from members of his own party not to scrap the program….In a nod to reservations held by many lawmakers, the White House plans to delay the enforcement of the president’s decision for six months, giving Congress a window to act, according to one White House official.

A lot of liberals are describing this as “hostage taking,” but I’m not sure that’s fair. That term is approporiate for things like threatening not to raise the debt ceiling, which would cause havoc, but not for fairly ordinary legislative maneuvering. It looks like Trump is doing two things here. First, he wants to put some of the responsibility for DACA back on Congress. If they fail to save it, then he can say it wasn’t a unilateral action on his part. Congress agreed by declining to pass its own bill.

Second, he’s probably using this as a bargaining chip. Most likely, he’ll make it clear that he won’t veto a budget bill that includes DACA if Congress appropriates money for his border wall. This is a fairly ordinary sort of thing for a president to do. FDR would be entirely unsurprised by horsetrading like this.

So what should Democrats do if this is how things go? I’d say: take the deal.¹ A couple of billion dollars for a border wall is galling, but it isn’t really all that damaging. Conversely, a truly permanent DACA would be a boon for nearly a million young immigrants. Nobody likes being forced to trade votes like this, but this is the way politics works. If this deal is really available, Democrats should signal that they’re interested.

¹That’s assuming it’s a simple swap of DACA for border wall money. In real life, it will end up being much more complex.