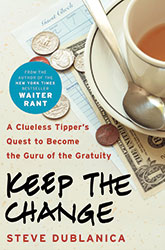 Keep the Change: A Clueless Tipper’s Quest to Become the Guru of the Gratuity

In 2004, Steve Dublanica started Waiter Rant, an anonymous blog that charted his vexations waiting tables at an upscale bistro in the New York City ‘burbs. Four years later, Dublanica emerged from the blogosphere with a bestselling memoir of clueless patrons and coke-snorting kitchen staff. One of the hardest parts of being a waiter, he told Oprah, was attempting to master the calculus of good and bad tipping.

In Keep the Change, Dublanica sets forth on a dizzying quest to understand the mental math and morality of gratuities. Half travelogue, half manifesto, the book recounts his misadventures in tipping as he travels across America talking with a cross-section of the 3 percent of the workforce that relies on tips. He shadows doormen and parking valets, tries to make tip-jar-worthy espresso with Portland baristas, and interviews Vegas strippers between lap dances—all to “figure out how to tip with a clear and informed conscience.”

Dublanica’s advice: When in doubt, tip and tip well. Give baristas more than your change; 50 cents is “amazing,” says a manager at Starbucks (which forbids employees from labeling their tip jars as such). Give your dog groomer 20 percent. Give altar boys at your wedding 10 to 15 bucks each. Give car-wash attendants three to five dollars directly, since supervisors sometimes steal their tips. One comes away from Keep the Change with a sheepish sense of having unknowingly stiffed many whose survival depends upon the kindness of customers.—Zoë Slutzky 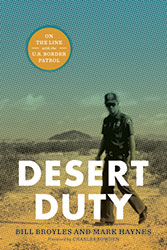 Desert Duty: On the Line with the US Border Patrol

By Bill Broyles and Mark Haynes

This Studs Terkel-style oral history sets out to rebrand the US Border Patrol as more than just a political prop for the anti-immigration crowd. Through interviews with active and retired agents at a post in Arizona’s scorching Sonoran Desert, the authors (one a former agent) cast the force not just as enforcers but humanitarians. One retired officer recalls holding impromptu funerals in the desert for migrants who didn’t make it. The men in green, as the authors put it, “are the people you’d pray were on your trail and on their way.” In spite of its one-sided view, Desert Duty brings to life a perspective on the border debate you rarely hear about.—Tim Murphy 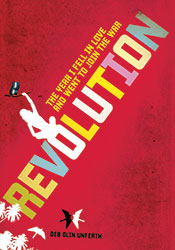 Revolution: The Year I Fell in Love and Went to Join the War

In 1987, when Deb Olin Unferth was 18, she followed her charismatic boyfriend George to Nicaragua to “foment the revolution.” This proved more difficult than they’d anticipated: The couple spent less time overthrowing an oppressive regime than fighting with each other, trudging through squalid streets, and getting robbed. This clearheaded and funny memoir captures the grit and chaos of a tumultuous moment in Central American history, but it’s really a coming-of-age story. “It was the first time I dried clothes on a line, interviewed a politician, the first time I searched for food, the right road, the right bus,” writes Unferth, who’s now a novelist. She didn’t become a revolutionary, but she did become a grown-up.—Kiera Butler 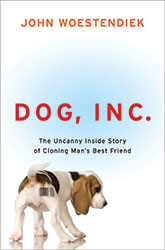 Dog, Inc. explores the curious history of pet cloning, from its roots in a 1928 experiment in which a German biologist replicated a salamander, to the present, when scientists are only too willing to help doting dog-owners reanimate their canine companions. After describing a range of pet-related experiments, from Snuppy the cloned puppy to fluorescent beagles and freeze-dried cats, Woestendiek wonders: Should we do something just because it’s possible? At the heart of his narrative are the pet owners who refuse to accept that the clones bounding into their arms are only physical replicas of their departed mutts. As one remarks, “I can’t wait until Booger 2 is born. I’m having to sell my home to pay for it, but that’s OK, because I’ll have my friend back.”—Maddie Oatman