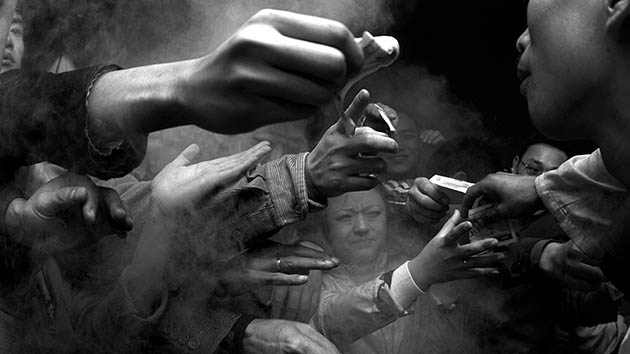 Today, the Magnum Foundation Emergency Fund announced 10 photographers who have been awarded grants to focus on budding crises and underreported issues around the globe, from gang violence in Venezuela to the legacy of segregation in the United States. Journalist Philip Gourevitch, a member of the foundation’s editorial committee, describes the grantees’ varied body of work: “You might think it would go without saying—but it doesn’t—that what sets these photographers apart is that they understand their task with images as Joseph Conrad described his with the written word: ‘Before all, to make you see. That—and no more, and it is everything.'”

As a Magnum Foundation partner, Mother Jones will publish a number of these pieces when they are completed. Until then, here’s a sampling of the winners’ work and the titles and locations of their Magnum-funded projects: 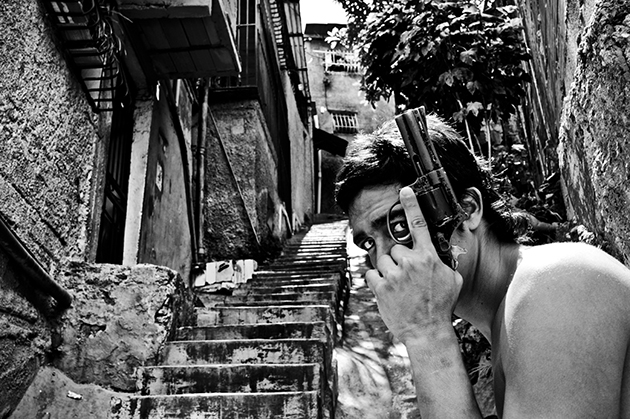 Between 50 and 100 murders take place in Caracas, Venezuela, every week. Above, a gang member in an alley controlled by his gang. Oscar B. Castillo/Magnum Foundation Emergency Fund 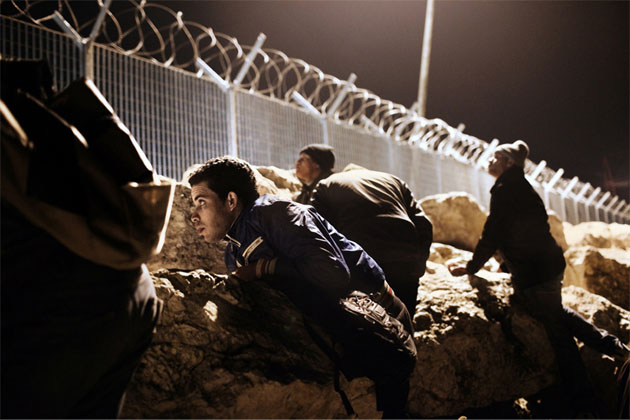 Mohamed, a Moroccan migrant, and his friends hide at a Greek port, waiting for the right moment to illegally board a ship to Italy. Alessandro Penso/Magnum Foundation Emergency Fund 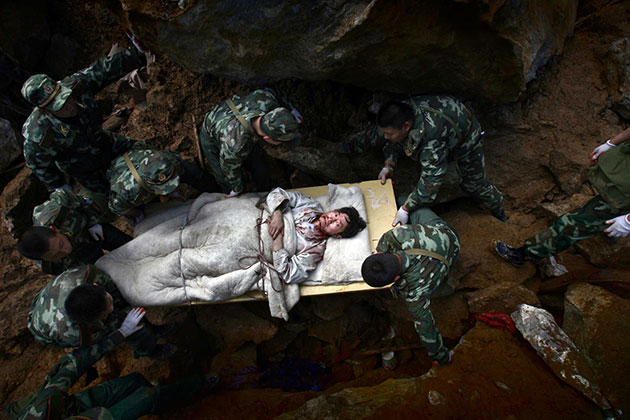 Two days after the 2008 earthquake that devastated parts of central China, rescuers carry a survivor through the rubble. Chen Qinggang/Magnum Foundation Emergency Fund 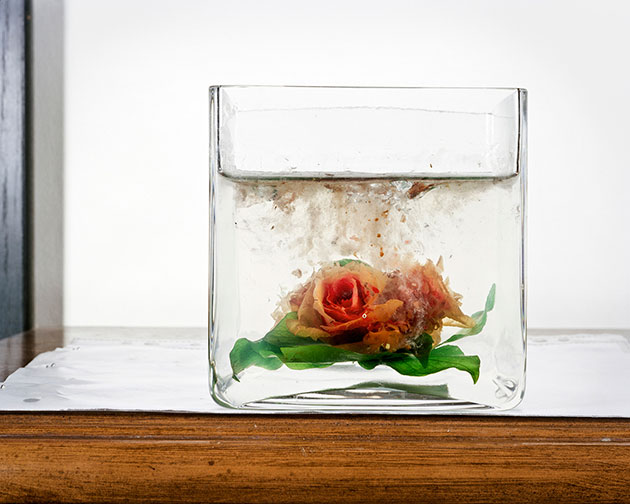 From “Guantanamo: If The Light Goes Out.” Edmund Clark/Magnum Foundation Emergency Fund 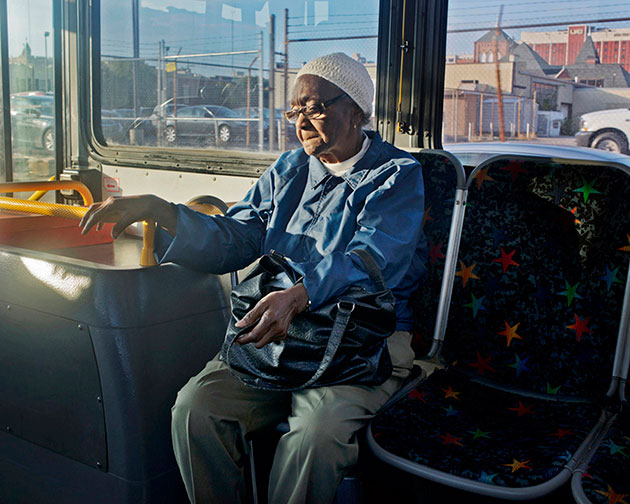 Known as the “Maids’ Bus,” the Cherokee Bend 50 passes through downtown Birmingham, Alabama, carrying women to their jobs as maids and cooks in Mountain Brook. It runs twice a day: Once in the morning to drop the women off and once in the afternoon to pick them up. Carolyn Drake/Magnum Foundation Emergency Fund 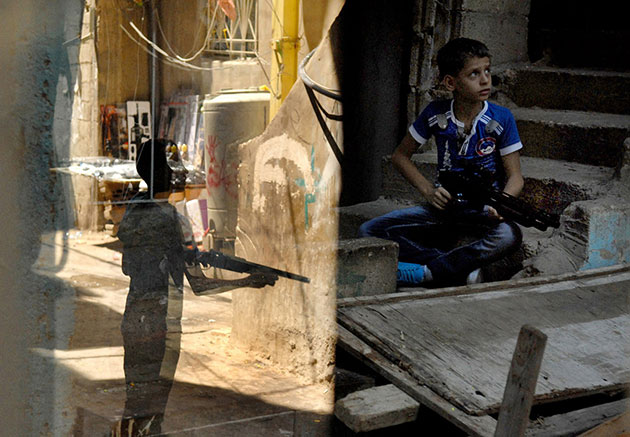 Two boys play a mock gun battle game in the Shatila refugee camp in Beirut, Lebanon. The Palestinian camp, set up in the aftermath of the 1948 Arab-Israeli war, has grown into a concrete maze where residents lack basics such as clean water and sewage. Zann Huizhen Huang/Magnum Foundation Emergency Fund 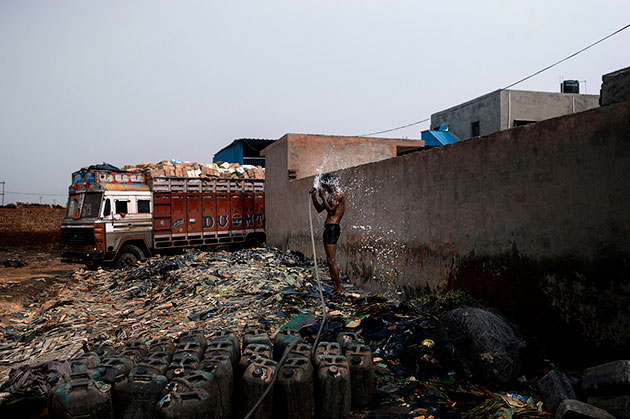 India, Delhi,. A man washes himself on a pile of printed circuit boards in the Manoli landfill outside of Delhi, India. The boards will be dipped in acid from the plastic jerry-cans to extract copper, an extremely hazardous process. Kai Löffelbein/Laif/Magnum Foundation Emergency Fund 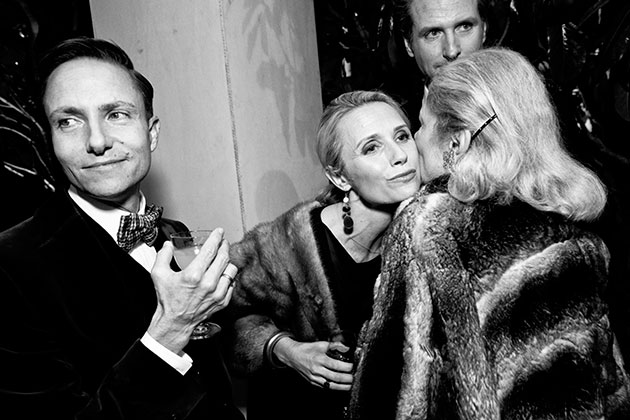 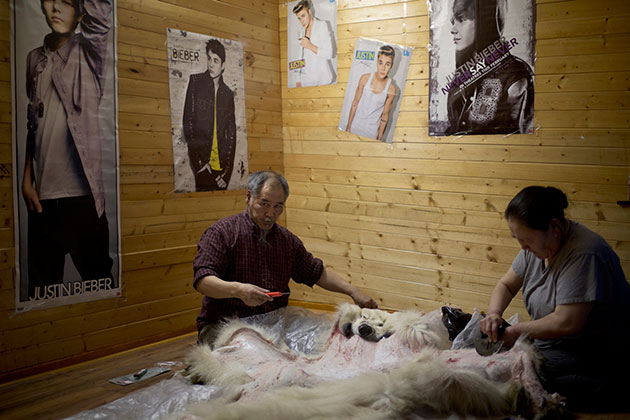 Inuit elders Mark and Angie Eetak cut off the fat from the pelt of a polar bear, which was shot days earlier. A single pelt can sell for more than $10,000—economic salvation for impoverished Inuit families. The Canadian government has opposed a global ban on the commercial trade in polar bear fur, meat, and body parts. Ed Ou/Reportage by Getty/Magnum Foundation Emergency Fund 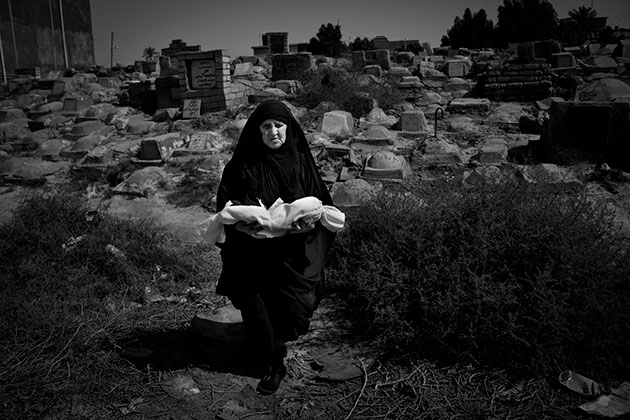 An elderly woman carries the linen-wrapped body of a stillborn child at the children’s graveyard in Basrah, Iraq. Christian Werner/laif/Magnum Foundation Emergency Fund