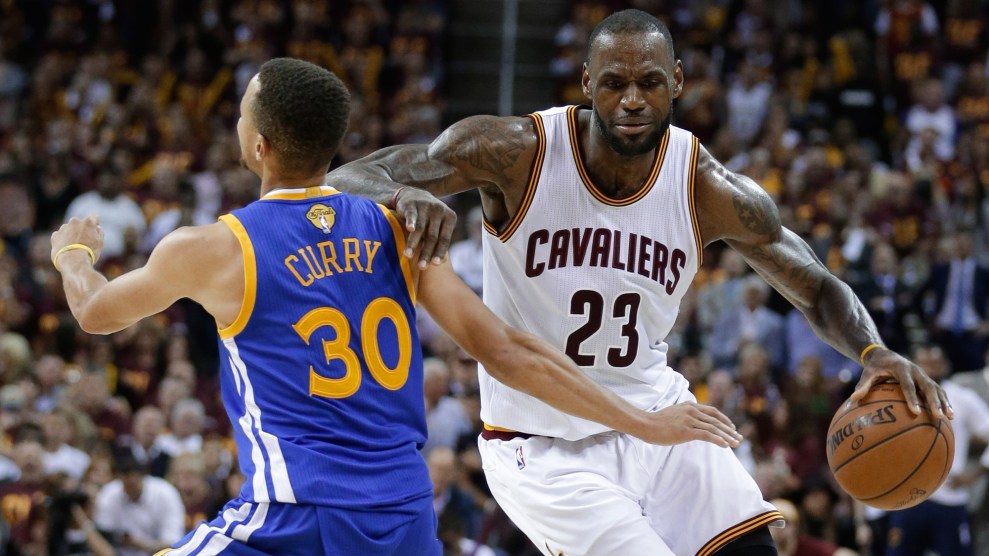 When the Golden State Warriors and the Cleveland Cavaliers tip off Sunday night for Game 7 of the NBA Finals, don’t be dismayed if your team is slightly behind at half time. In fact, it might be a good thing.

That’s the surprising finding of a study that Jonah Berger—a marketing professor at the Wharton School of the University of Pennsylvania—published several years ago. Along with his colleague Devin Pope, Berger found that NBA teams that were losing by just one point at the end of the second quarter were more likely to win than teams leading by a point. Why? On this week’s episode of the Inquiring Minds podcast, Berger tells host Indre Viskontas that it all comes down to motivation. “They say, ‘I’m almost there, I’m close to winning, but I’m not there yet,” says Berger. “It encourages them to work harder.”

It’s a phenomenon that goes beyond basketball and that, according to Berger, has serious real-world implication. As he and Pope wrote in the New York Times in 2009:

Understanding what motivates employees, researchers and, yes, sports teams, has important implications. Encouraging people to see themselves as slightly behind others should increase motivation. Companies competing to win contracts or research prizes would be wise to focus employees on ways their competitors are a little ahead.

Berger is known for his 2013 bestseller Contagious: Why Things Catch On, where he unpacks the social science behind why word-of-mouth publicity is better than any ad and why anti-drug commercials could actually lead to an increase in drug use. His latest book is Invisible Influence: The Hidden Forces That Shape Behavior. In it, Berger writes about the power of influence and why we conform in some situations and rebel in others. According to Berger, your attraction to a certain sports car, designer handbag, catchy pop song, or good-looking person has less to do with your actual preferences than you might think. “It also depends on social dynamics and the fact that we tend to follow others,” Berger says.

“They say, ‘I’m almost there, I’m close to winning, but I’m not there yet. It encourages them to work harder.”

What becomes popular is seldom the just result of objective measures of quality. Berger points out that before Elvis Presley was “The King,” he was told he couldn’t sing. People told Walt Disney he wasn’t creative. And publishers repeatedly turned down J.K. Rowling’s Harry Potter before Bloomsbury picked it up in 1997. (The series made history when the seventh book sold 8.3 million copies in the first 24 hours after it was released.)

Social influence helps us form likes and dislikes, and it also fires up our competitive edge. For example, while studies show that simply educating residents on how to save energy isn’t particularly effective, hinting that they’re not “keeping up with the Joneses” can have a much bigger impact. When software company Opower informed residents on their bill that some of their neighbors were being more energy efficient than they were, it led to decreases in consumption.

So as you crowd around the television, clenching your fists during Game 7 this weekend, it’s worth remembering that the same competitive spirt driving Steph Curry and LeBron James can help you save a few bucks on your electric bill.