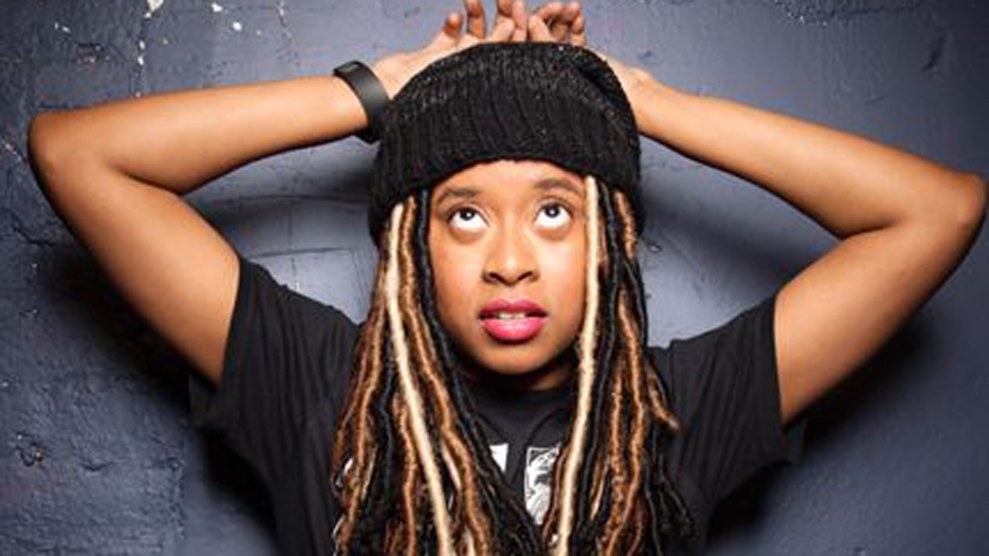 Perhaps you know and love her from 2 Dope Queens, the comedy podcast she co-hosts every week with Jessica Williams of Daily Show fame. Perhaps you don’t know her yet. But Phoebe Robinson is someone you’ll want to familiarize yourself with if you like funny interviews about race, gender, and the struggle of being a young adult. Now you’ll have more ways to listen to her: Robinson’s new podcast, Sooo Many White Guys, launches today from WNYC Studios.

In each episode, Robinson says, she will talk to people who are “killing it”—whether in music, TV, comedy, books, or anything in between. The first show’s guest is hip-hop artist and vocal Black Lives Matter supporter Lizzo. Upcoming guests include actress Nia Long (known for her role as Lisa on The Fresh Prince of Bel-Air), trans-rights activist Janet Mock, and Broad City‘s Ilana Glazer, the executive producer of the podcast. “I’m picking them because they’re talented, but also because…they’re not just straight-up white dudes,” Robinson says in the show’s trailer.

“It feels great to have the majority of the guests on SMWG be women, people of color, and LGBTQ+ folks and not reduce them to what they identify as on a census form,” Robinson said.

At the end of the season, Robinson plans to speak to one white man (“the token”), who will have to speak on behalf of white people everywhere. Sound familiar?

“Coming from a comedy background where cis straight white dudes are the norm and everyone else is the ‘other’ or the token, it feels great to flip that and have the majority of the guests on SMWG be women, people of color, and LGBTQ+ folks and not reduce them to what they identify as on a census form,” Robinson said.

Before 2 Dope Queens, Robinson served as a staff writer for MTV’s Girl Code and performed stand-up comedy in New York, particularly at famed improv theater the Upright Citizens Brigade. She also recently finished her first book, You Can’t Touch My Hair, which will hit shelves this coming October.