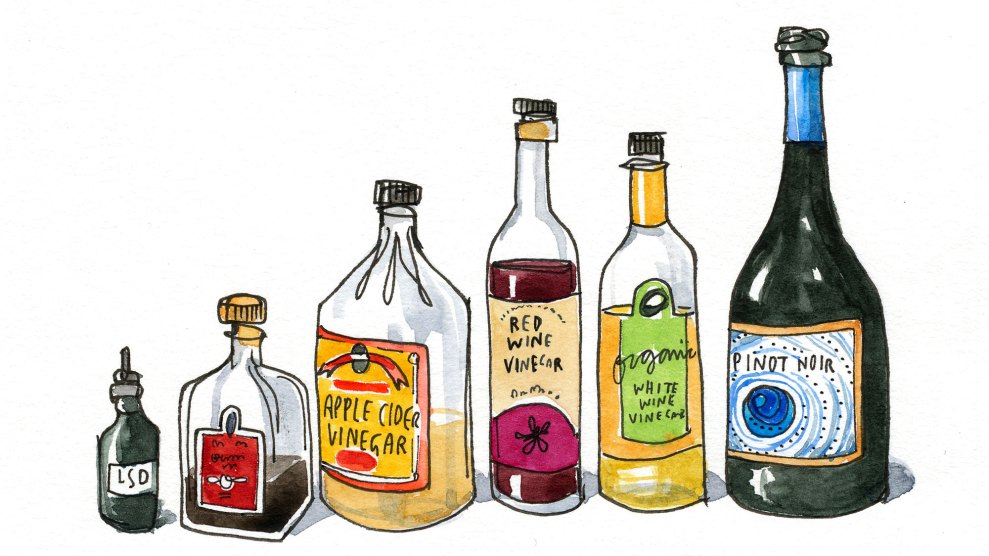 In the days after reading Samin Nosrat’s new book, Salt, Fat, Acid, Heat, eating felt like a new adventure. My tongue became a detective, searching for the source of different flavors and how they mingled together, whether they balanced each other out or dragged each other down. And when it came time to cook simple meals, the raw carrots and greens in my fridge looked less intimidating: I had new tools to tame them.

Inspiring this sense of culinary liberation was precisely Nosrat’s goal with her cookbook, which eschews formulaic recipes in favor of heartfelt stories, bits and pieces of science, and time-tested nuggets of kitchen wisdom (not to mention gorgeous and witty watercolors by the prolific Wendy MacNaughton). “Anyone can cook anything and make it delicious,” asserts Nosrat, who joined us on our latest episode of Bite. The new cookbook, out on April 25, “will change the way you think about cooking and eating, and help you find your bearings in any kitchen, with any ingredients, while cooking any meal.” Lofty promises, but boy, does Nosrat deliver.

Nosrat came of age as a cook in the early 2000s at Chez Panisse, the legendary farm-to-table restaurant in Berkeley, California. In 2014, she became known as “the chef who taught Michael Pollan to cook,” after she was featured in Pollan’s book Cooked and the Netflix special with the same name. What defines her work is her focus on salt, fat, acid, and heat as the “four elements that guided basic decision making in every single dish, no matter what.” It’s not as if other chefs haven’t discovered this strategy; in fact, when she revealed her theory to a fellow cook, Nosrat writes, “he smiled at me, as if to say, ‘Duh, everyone knows that.'” But Nosrat had “never heard it or read it anywhere, and certainly no one had ever explicitly” taught her the idea.

“Anyone can cook anything and make it delicious,” Nosrat asserts.

I dabble in cooking, but I tend to rely on recipes, so I am ripe for this type of revelation. I spent an afternoon with Nosrat and witnessed her wizardry at work through an experiment with acid. The amazing illustration above aside, acid in cooking refers to vinegar, citrus fruits, condiments, pickles, and all kinds of fermented foods, among other things. Acid alone tastes sour, but combined with other things, it heightens flavors and creates balance.

Witness what happened with some plain carrot soup. Nosrat cooked two diced onions in olive oil and butter until they were soft. She added two bunches of peeled, sliced carrots, water and salt, and simmered the mixture until the vegetables were tender. Then she subjected it to an immersion blender to make it smooth. Aside from maybe the immersion blender (and you could cool the soup and use a regular blender instead), all of these ingredients are cheap, accessible, and pretty straightforward to cook. The soup they produced was earthy and sweet; a perfectly fine office lunch, as Nosrat branded it.

What transformed it into a Chez Panisse-worthy potage was a few drops of one of the cheapest household ingredients: vinegar. Nosrat learned of this secret from a fellow cook while still working in the restaurant’s kitchen. She was skeptical of the advice—”Vinegar? Who’d ever heard of putting vinegar in soup?”—but when she obliged, she confronted sheer magic. “The vinegar acted like a prism, revealing the soup’s nuanced flavors—I could taste the butter and the oil, the onions and stock, even the sugar and minerals within the carrots.” The acid brought everything to life. As Nosrat writes: “If something I cooked and seasoned ever tasted so dull again, I’d know exactly what I was missing.” 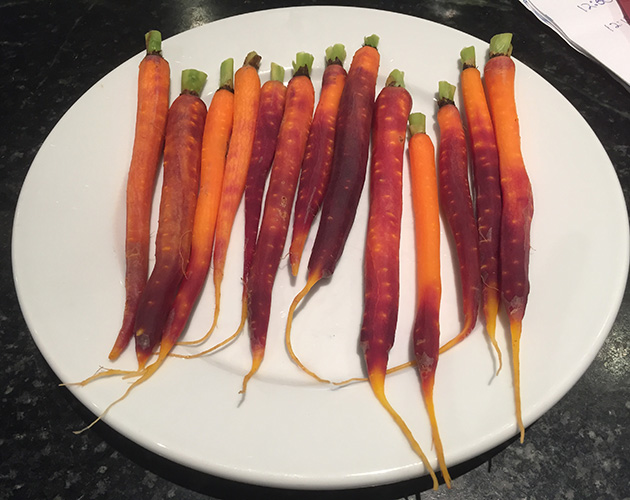 When Nosrat made me the carrot soup, we actually sampled three versions—one with no adornment, one with added vinegar and salt, and one with a salsa verde of cilantro, ginger, salt, and lime. To hear the full results of the taste test, you’ll have to tune in to the whole episode.

You can make similar soups with all sorts of vegetables and their acid companions; see below for Nosrat’s recipe for corn soup, which only requires four basic ingredients, plus a garnish or two. Choose the freshest ingredients you can find. And when you’re done, as she advises in Salt, Fat, Acid, Heat: “Taste the soup for salt, sweetness, and acid balance. If the soup is very flatly sweet, a tiny bit of white wine vinegar or lime juice can help balance it out.”

Fold a kitchen towel into quarters and set it inside a large, wide metal bowl. Use one hand to hold an ear of corn in place upright atop the kitchen towel—it helps to pinch the ear at the top. With your other hand, use a serrated knife or sharp chef’s knife to cut off two or three rows of kernels at a time by sliding the knife down the cob. Get as close to the cob as you can, and resist the temptation to cut off more rows at once—that’ll leave behind lots of precious corn. Save the cobs.

In a soup pot, quickly make a corn cob stock: Cover the cobs with 9 cups of water and bring to a boil. Reduce heat and simmer for 10 minutes, then remove the cobs. Set stock aside.

Return the pot to the stove and heat over medium heat. Add the butter. Once it has melted, add the onions and reduce heat to medium-low. Cook, stirring occasionally, until the onions are completely soft and translucent, or blond, about 20 minutes. If you notice the onions starting to brown, add a splash of water and keep an eye on things, stirring frequently, to prevent further browning.

As soon as the onions are tender, add the corn. Increase the heat to high and sauté just until the corn turns a brighter shade of yellow, 3 to 4 minutes. Add just enough stock to cover everything, and crank up the heat to high. Save the rest of the stock in case you need to thin out the soup later. Season with salt, taste, and adjust. Bring to a boil, then simmer for 15 minutes.

If you have an immersion blender, use it to carefully blend the soup until it is puréed. If you don’t have one, work carefully and quickly purée in batches in a blender or food processor. For a very silky texture, strain the soup one last time through a fine-mesh sieve.

Taste the soup for salt, sweetness, and acid balance. If the soup is very flatly sweet, a tiny bit of white wine vinegar or lime juice can help balance it out. To serve, either ladle chilled soup into bowls and spoon salsa over it to garnish, or quickly bring the soup to a boil and serve hot with an acidic garnish.

Follow this method and the basic formula I described above–about 2 1/2 pounds of vegetables or cooked legumes, 2 onions, and enough stock or water to cover—to turn practically any other vegetable into a velvety soup. The cob stock is unique to corn soup; don’t try to replicate it when making any of the variations. Carrot peel stock won’t do much for soup! 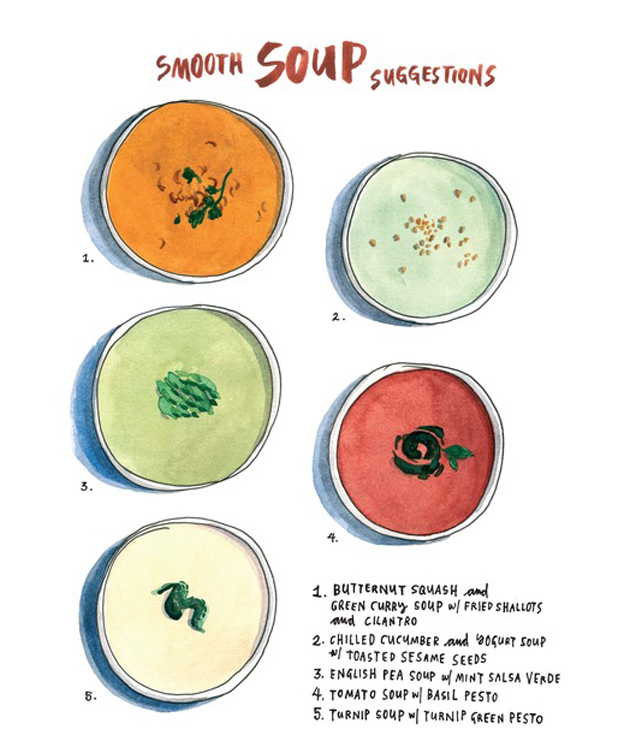 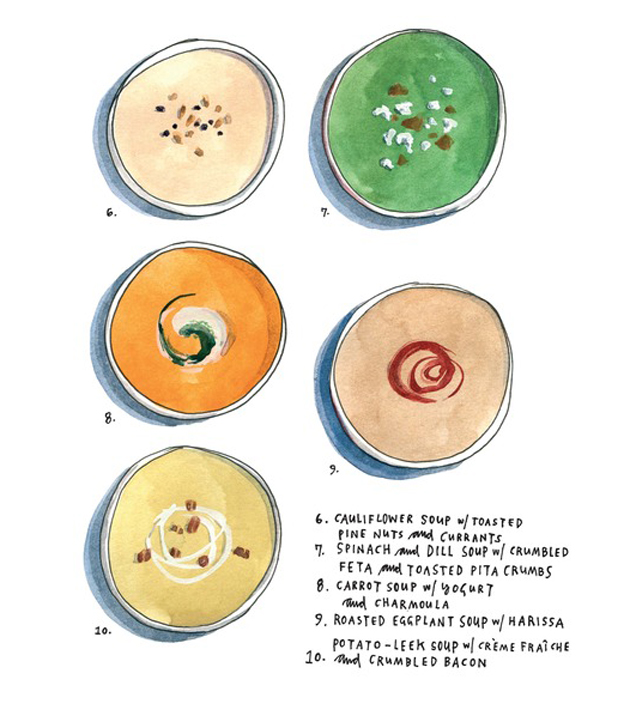 Bite is Mother Jones‘ food politics podcast. Listen to all our episodes here, or by subscribing in iTunes or Stitcher or via RSS.