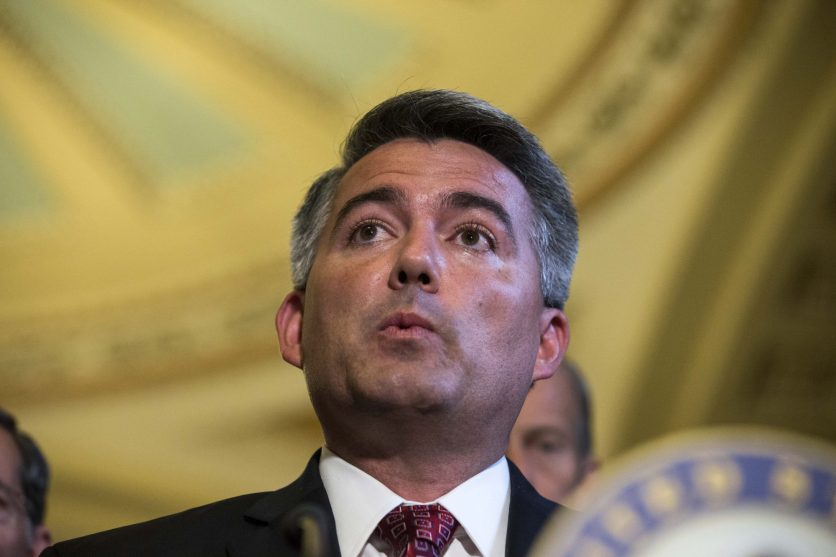 In the last five minutes of Sen. Cory Gardner’s (R-Colo.) town hall on Tuesday morning, an unlikely voice stepped up to the microphone. Haven Coleman, an 11-year-old Coloradan fighting for the courage to speak, urged the senator to start a climate solutions caucus in the Senate. “If all you need is more information, I can come visit the energy committee and do a PowerPoint for you,” she said. Coleman had done this at a town hall before when she pushed Rep. Doug Lamborn (R-Colo.) to support clean energy in April.

What’s more: She wasn’t the first to see a public forum as the perfect chance to pressure politicians to act on climate change. During several recent town halls, there’s been a trend of young women seizing the opportunity to challenge their leaders:

At the town hall in Colorado Springs on August 15, Coleman implored Gardner to address climate change for the sake of future generations: “It’s morally right to stand up and fix this so that your kids and I don’t have to suffer when we’re older,” she said. Speaking over loud jeers, Gardner answered by highlighting his renewable energy caucus and saying that “renewable energy and, yes, traditional energy has to be a part of our energy mix in the future.”

When Coleman took the microphone in Colorado Springs on August 12, she argued that solar and wind energy create jobs that can be especially beneficial for veterans and are a better alternative to coal. She closed by inviting Rep. Lamborn—who is known as a climate-denier—to her science class for her presentation on climate change. Lamborn responded by saying that he was in favor of job creation and an “all-of-the-above energy policy,” which inspired another woman in the audience to shout, “You voted against renewable energy…How can you sit here and lie to us?!”

Donning a pink shirt and a ponytail, this 10-year old girl kept it short and sweet at a town hall in Salt Lake City on February 9: “What are you doing to help protect our water and air for our generations and my kids’ generations?” she asked. “Do you believe in science? Because I do.” Chaffetz’ attempt at a round-about response, including to endorse coal and the infamous “all-of-the-above energy strategy,” eventually got him booed off the stage.

Back in late August 2015, a teen reminded Christie of a statement he made earlier in the month that exhaling carbon dioxide contributes to climate change. Christie denied ever saying that and reprimanded her: “I know you really care about this subject, but you know what? The first thing you need to do is not be wrong and not quote me incorrectly.” The video above, made by NextGen Climate-New Hampshire, proves that she was right and he did, in fact, say the following statement on August 4:

Christie, who has said he doesn’t think Americans should prioritize climate change, never responded to the video.