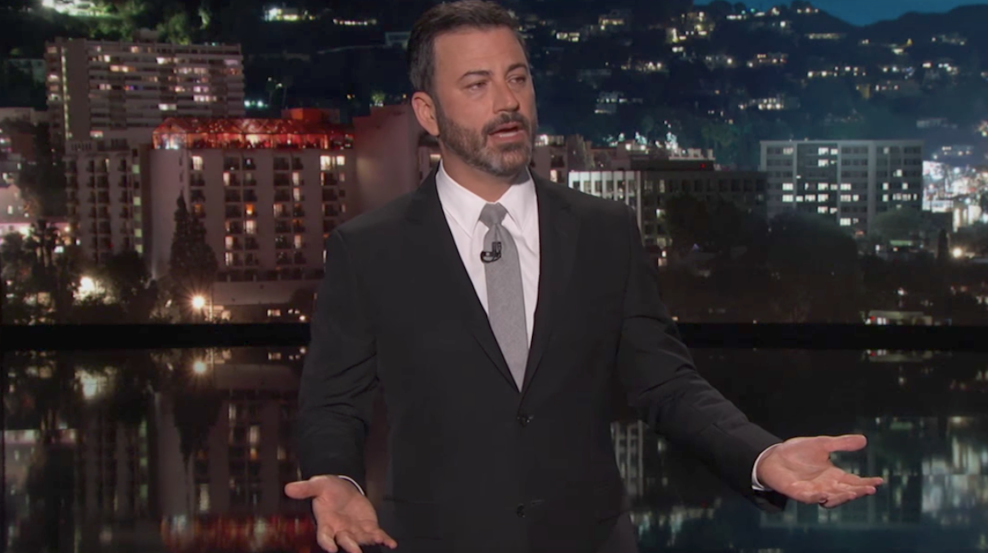 In the wake of the worst mass shooting in US history, Jimmy Kimmel on Monday delivered a scathing monologue calling out congressional lawmakers who send their prayers instead of working for increased gun control measures. The Las Vegas native specifically called out President Trump and Republican leaders Mitch McConnell and Paul Ryan for failing to act “because the NRA has their balls in a money clip.”

“The Senate majority leader, Mitch McConnell, the speaker of the House, Paul Ryan, a number of other lawmakers who won’t do anything about this because the NRA has their balls in a money clip, also sent their thoughts and their prayers today—which is good,” Kimmel said.

Kimmel also showed the images of senators who just days after the Orlando shooting in June 2016 voted against a bill that would have closed certain gun sale loopholes. “These are the 56 senators who didn’t want to do anything about that,” he said.

The powerful plea comes on the heels of similar emotional speeches from Kimmel over Republican attempts to repeal the Affordable Care Act.