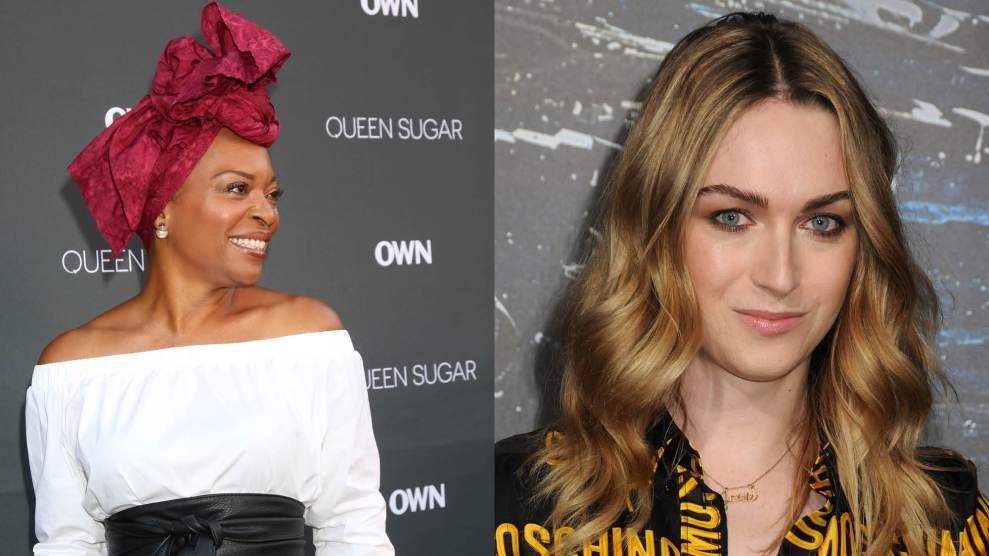 When the 70th Primetime Emmy Awards aired this week, it almost seemed as if the event could be a win for diversity. More people of color have been nominated for awards this year than ever before, and the show did not shy away from discussing representation in Hollywood. But only three out of 26 awards went to people of color that night, signaling that while more actors and creators of color are earning recognition for their work, they weren’t taking home the highest honors just yet.

Still, awards or not, more diverse stories are finding their way onto the screen than ever before. Last month, we asked readers what representation on TV meant to them, and heard about why complex portrayals of race, gender, and disability on shows like Sense8 and Queen Sugar resonated with them. Many said that Hollywood still has a long way to go before they feel more represented on screen, but they also pointed to the progress being made.

For Malikka Rogers, a 44-year-old black woman born and raised in South Sacramento, shows like Issa Rae’s Insecure have been critical for her. The show follows the lives of young black women in Los Angeles, and its lead actress and creator, Issa Rae, was nominated for an Emmy this year. Rogers loves the show so much that she created a Facebook group with her friends to have in-depth conversations about each episode. “As a black woman, it’s so rare for me to see representation,” says Rogers. Themes like black womanhood, gentrification, and not feeling heard in the workplace are part of what makes the show authentic for Rogers, who explains, “I know I exist, but [we’re] mostly just inundated with the dominant culture [on TV]. And that’s not us in this country. To be able to see ourselves not as caricatures, but just as regular people with all kinds of different personalities means a lot to me as a viewer.”

Katelyn O’Brien, a transgender woman in Virginia says she saw herself in Nomi Marks, a transgender character on Netflix’s science-fiction drama series Sense8. During the first season, Marks gives a speech at San Francisco Pride touching on her Catholicism, shame, and fear of coming out. O’Brien says she could relate: “I was afraid to admit to myself that I was transgender, because I thought transgender people were freaks—that was what society and the media told me.” O’Brien created a Facebook group called Positive Transgender Media Representation in order to counter those negative stereotypes. The fact that Marks’ character is actually portrayed by a transgender woman, Jamie Clayton, also makes a huge difference, she says.

But for others, representation on television was nonexistent. “As a transgender disabled person I’ve never seen myself represented,” said Dominick M. Evans, from Ohio. “I’ve seen parts of characters that are relatable, but never anyone with multiple disabilities who is also trans. Hollywood seems to have this narrow view that we can only be one thing…we can only be LGBTQIA, a woman, a POC or black person, or disabled. Rarely can we be any or all of those together.”

“America is becoming increasingly diverse each year [and] if Hollywood’s going to remain viable and profitable, it’s going to have to restructure the way it’s organized to be able to make more films [and TV] that look more like America,” says Darnell Hunt, a sociology professor at the University of California-Los Angeles and co-author of an annual report on Hollywood diversity.

Hunt adds that our current political climate makes increased representation all the more important. “People are increasingly living in their own reality bubbles,” he says. “It’s important to have inclusion and diversity in Hollywood so you can have people different from you telling their own stories in a way that displays their full humanity, so we don’t come away with stereotypical notions.”

For Annie Ma, one of my colleagues at Mother Jones, shows like ABC’s Fresh Off the Boat, a comedy about an Asian-American immigrant family in Florida, are refreshing, precisely because they address stereotypes—while also showing there’s more to the story. “[The show] does a really good job of walking this fine line between satirizing but also respecting the roots that it comes from,” says Ma. She points to one scene when the youngest son, Evan, visits his white classmate’s house for lunch and discovers dishwashers aren’t only used as drying racks, a common experience among some immigrant communities. “Being able to nod and wink and make fun of those things from a place that isn’t derogatory, I think, is one of the strengths of the show,” says Ma.

But even as some shows try to create more representation, they can end up reinforcing certain stereotypes and limiting the complexities of a community, says Karen Van de Laat, who has a son with severe autism. Van de Laat worries that shows like Atypical or The Good Doctor only portray characters with high-functioning autism as smart or quirky. While these are meant to be positive representations, they actually further marginalize people with severe autism who can be self injurious, aggressive, or unable to speak. She wants to see a wider range on screen—something that Atypical is trying to incorporate. “Showing the full spectrum is always going to give people a greater understanding,” she says. “It would also help families like mine feel less isolated—that’s the number one word that families of autism live with because nobody understands our strange way of life.”

Finally, Heather Watkins, who calls herself a proud black disabled woman, appreciates OWN’s Queen Sugar for its Aunt Violet storyline. She considers the character an authentic portrayal of a family matriarch and budding entrepreneur navigating a chronic illness. Watkins adds that while she’s never seen more diverse stories on screen, it’s still not happening fast enough—especially for communities with disabilities. “Disability is another way of being in the world. And that’s what we really need to get people to understand.”

Lorraine Miramontes, from Decoto, California, put it simply: “I never said, ‘Oh, I’m looking for representation.’ I just was always looking,” she says. “I think that representation consciously or unconsciously helps us to feel that we belong. That our story is worth telling, too.”

This post has been updated to add additional clarification.