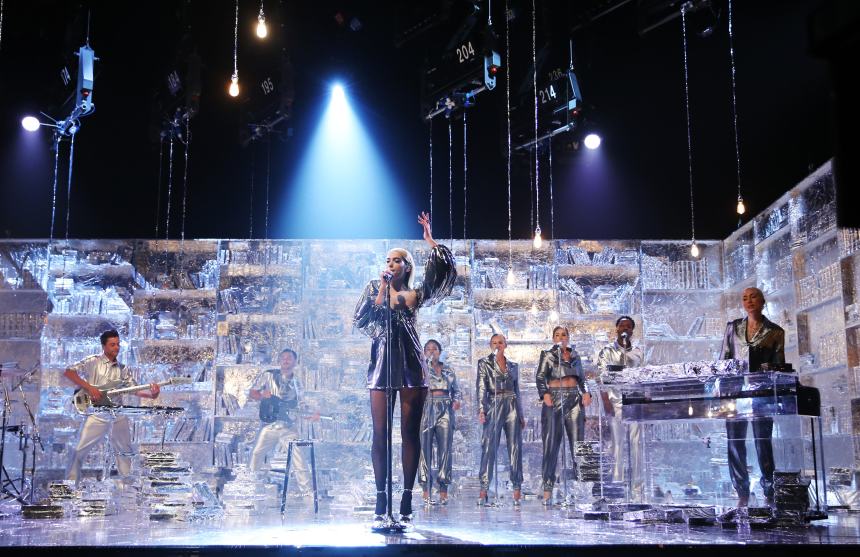 It can be hard to follow up a debut like Dua Lipa’s. The UK-native only has one album (the self-titled Dua Lipa) but two Grammy’s—Best New Artist and Best Dance Recording.

Since the LP’s 2017 release, Lipa has only released a handful of new singles—most of them collaborations. (Well, all of them have been collaborations except for “Swan Song,” her contribution to James Cameron’s sci-fi fantasy film Alita: Battle Angel.) With the release of the Calvin Harris collab “One Kiss,” she became a club staple (it peaked at number one on Billboard’s Dance/Club).

Then came “Electricity.” A collaboration with Diplo and Mark Ronson’s Silk City, the song cemented her in the club music scene and netted her that Best Dance Recording Grammy. But it also left an audience unsure if her bold debut would be the beginning and the end.

Lipa needed to ring in a new era without abandoning her past. She couldn’t just change her hair (even though she did). Instead, she embraced the beats of her recent history and infused some of the original pop strings and keys that made Dua Lipa so fun.

“Don’t Start Now,” her new single for an upcoming sophomore album, draws a line backward. It begins as a modern pop song—synthy and echoing with reverb. Soon, the disco sound explodes. It becomes as carefree as a CHIC track—she’s literally been in the studio with Nile Rodgers for this upcoming album. It’s still Lipa pulling from the collaborations of her recent tracks—”Don’t Start Now” has the power and energy of the club bops she’s found comfort in—but finds a way to fit in with her own bold history.