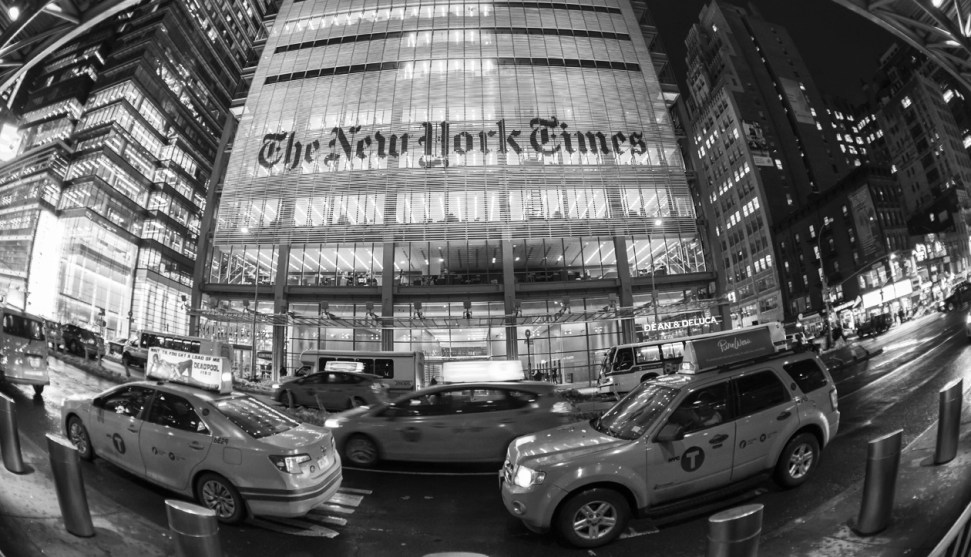 Conservative New York Times columnist Bret Stephens is at the center of yet another backlash. In a recently posted column, Stephens cited a debunked 2006 article authored by a known racist who argues in favor of the genetic superiority of Ashkenazi Jews. Stephens’ piece, entitled “The Secrets of Jewish Genius,” provoked a storm of criticism that only intensified after Saturday’s anti-Semitic attacks.

“How is it that a people who never amounted even to one-third of 1 percent of the world’s population contributed so seminally to so many of its most pathbreaking ideas and innovations?” Stephens wonders. “Aside from perennial nature-or-nurture questions, there is the more difficult question of why that intelligence was so often matched by such bracing originality and high-minded purpose.”

The outrage was immediate, with many people arguing that Stephens’ endorsement of any argument of genetic superiority is itself an anti-Semitic trope based in eugenicist ideas. Some of the fiercest criticism came from Stephens’ colleagues at the Times.

Speaking as both an Ashkenazi Jew and a NYT contributor, I don't think eugenicists should be op-ed columnists. https://t.co/AlQM9m30rI

Aside from the obvious problems with his fundamental argument, Stephens also quoted approvingly from 2005 paper entitled “Natural History of Ashkenazi Intelligence” by Gregory Cochran, Jason Hardy, and Henry Harpending, which uses psuedo-science to argue that Ashkenazi Jews have the highest IQ of any ethnic group. The Daily Beast reported that Henry Harpending was listed by the Southern Poverty Law Center as a white nationalist for his views.

“Harpending has given talks on these ideas at white supremacist conferences,” the Center noted, “and is widely celebrated among white supremacists on forums like Stormfront and the Vanguard News Network, who see a champion for their cause behind his academic rhetoric,”

Stephens joined the Times in 2017 and during his relatively brief tenure he has attracted controversy.  Before he became a columnist, in the Wall Street Journal, he had described climate change as a “mass hysteria phenomenon” made up of mostly “discredited” science. And then there his recent overreaction during the bed bug incident at the paper, when he viciously went after a George Washington University professor for a tweet comparing him to a bedbug.

If I wrote the exact same articles or tweets as some of my colleagues I'd be fired immediately and it would be very difficult for me to be hired again as a writer or commentator at a prestigious paper or magazine. Just a random reflection.

In the brave spirit of Gwen Ifill seen below, would be remiss not to comment on deep awfulness of the Bret Stephens column that cites white supremacist “research” to make an already specious point about racial superiority. https://t.co/rcovWxL1gE

I quit writing for the NYT, and cancelled my subscription, because they keep publishing the opinions of bigots. Stephens ain't the only one; he's just one of the loudest. https://t.co/acW1bMwr5D

On Sunday. the New York Times added an editor’s note to the column. “Mr. Stephens was not endorsing the study or its authors’ views, but it was a mistake to cite it uncritically,” the note read. “The effect was to leave an impression with many readers that Mr. Stephens was arguing that Jews are genetically superior. That was not his intent.” The reference to the article in question has been removed from the column. But Brett Stephens remains.