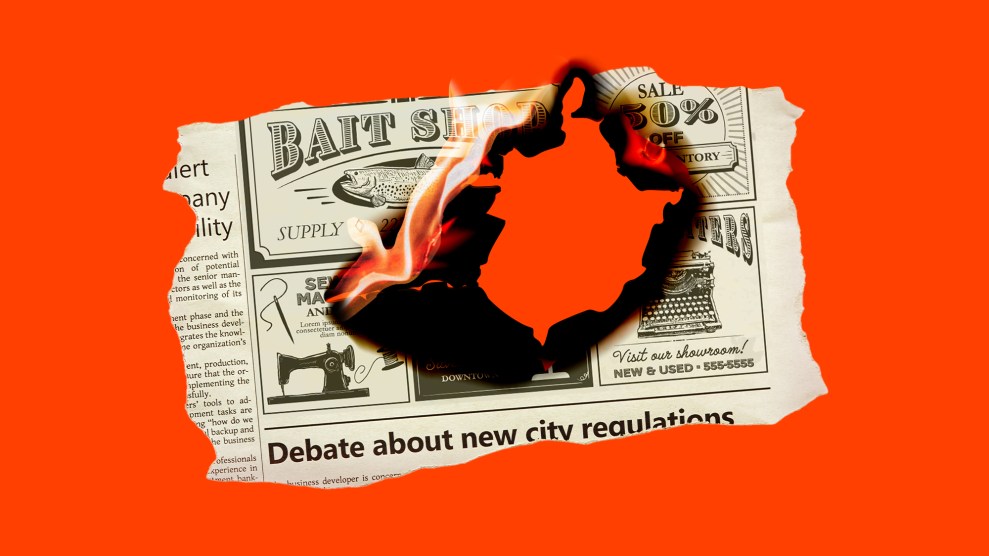 Advertising used to be what paid for journalism in America. Car dealerships and movie theaters brought us local newspapers and TVs; clubs and restaurants underwrote the alternative weeklies where I got my start; classified ads were the reason there was a reporter at your local city council meeting or your state Capitol. Liquor, perfume, and fashion brands brought us fat magazines with long, deeply reported stories wedged in among the lipstick ads.

But, as anyone who’s picked up their skinny hometown newspaper lately can tell, that is all over. The vast majority of advertising has moved to tech platforms; what little of it remains for publishers is getting cheaper and uglier by the day. Sure, mattresses and razors are still keeping podcasts afloat, and sponsored viral content has been good for digital-native publishers like BuzzFeed and Vice. But everyone knows that this, too, is ultimately a house of cards.

The math doesn’t lie: A pretty good number is for 100,000 people to read a story. At the going rate for display advertising—the squares and rectangles you see on this post—that means a publisher might take in between $500 and $2,000 in ad revenue for a top-rated post. (It’s going to be a bit more for video, interactives, and other bells and whistles—and even more if the ads also hoover up lots of your data or sneakily whisk you over to a malware site.)

How is that math going to work for an investigative story that takes weeks or months? It doesn’t—which is why most publishers aren’t doing that kind of journalism, and it’s getting harder to pay for any kind of journalism, period. When the economy is hot, this is not as noticeable, because there are a lot of media startups burning through their venture capital investments. But at the slightest sign of cooling, the bottom falls out. To wit:

At Mother Jones, as you can see on this page, we do take advertising. It’s a decision our founders made a long time ago, believing that Mother Jones should try to bring money in a lot of different ways—so long as it’s in sync with our values. But those values matter: We won’t run any ads that spread hate, violence, disinformation, or exploitation, and you won’t see an oil company sponsoring our climate newsletter either. Most of our advertising comes from other nonprofits that want to get their messages in front of Mother Jones readers, which seems a fair exchange.

This is why we can’t expect advertising to sustain the bulk of our work—now or ever. A few years ago, when I started as CEO, about 15 percent of our revenue came from ads. Today it’s 7 percent. It’s still an important part of how we make this journalism happen, but for perspective, 74 percent of our total revenue comes from donations and another 16 percent from subscriptions, which is another form of reader support (and now is a great time to give a print or digital gift subscription, which you can do here!).

In other words: The only reason Mother Jones is still here, and will be here next year, is you. Corporate America, billionaires, and their fickle dollars come and go. But your support has been our rock. As we go into this holiday season, I can’t think of a better reason to be thankful.