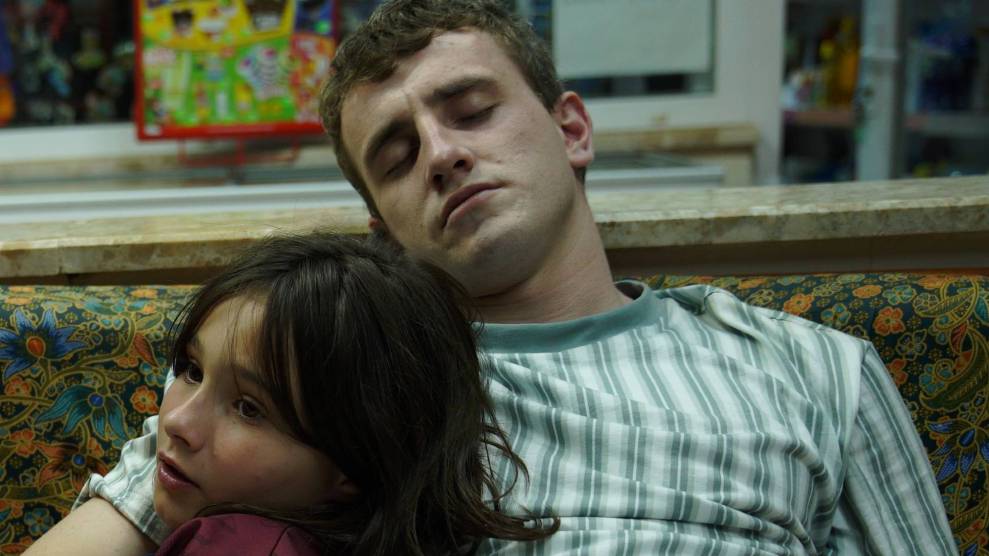 The 2023 Oscars are shaping up to be a lot of the same we see every year—legacy directors getting rewarded—and also a little bit of something different. Many of the actresses in discussion for the awards are women of color, though the actor category remains mostly white. With Everything Everywhere All At Once, a genuinely odd yet moving film, racking up prizes and nominations like the Golden Globes and the Critics Choice Awards, we might be starting to see a shift. My only wish is that the Academy would lean even further into this and nominate some other equally deserving, but less obvious choices. Of course, this is coming from someone whose favorite movie is Scream.

Best Picture—Everything Everywhere All At Once

I tend to not even like most of the movies that get nominated for Best Picture. I can often see their merit and understand why people, especially those ingrained into an Old Hollywood style of thinking, enjoy them. That’s where Everything Everywhere All At Once comes in: finally, a Best Picture nominee that elicited strong emotions in me. Through a story about the multiverse, The Daniels have created a film that has the best portrayal of intergenerational trauma in immigrant families ever. It’s fun, the costumes are beautiful, and if you have even a slightly complicated relationship with your parents, you’re practically guaranteed to cry. EEAO gave me hope that movies, even popular and critically acclaimed ones, could be weird and different and resemble my own experience.

Best Actress—Regina Hall (Honk For Jesus. Save Your Soul.)

Jessica Chastain won this Oscar last year for her portrayal of Tammy Faye in The Life of Tammy Faye, a film that was both a celebration of Faye’s life and a critique of evangelical institutions. Honk For Jesus is a similar movie, except it’s satire, allowing it to go over the top in ways a biopic could not—and Hall leans into all of it. She demeans herself for her husband, she shows off her fancy clothes, she stands by him after his cheating (with young men), and she dresses up as a mime to get people to come to his church. The question of the whole film is, Why doesn’t she just leave him? You’ll have to wait until the end for a masterful closing/ending monologue from Hall to find out the answer.

Since appearing on the scene with his Emmy-nominated role in Normal People, Paul Mescal has appeared in four films—three of which were directed by women, out of which two were the director’s debut (feminist king?). One of those two is Aftersun, a moving portrayal of fatherhood, mental illness, and grief. Mescal is perhaps best known to Gen-Z as Phoebe Bridgers’ boyfriend, but he’s been proving himself over and over again as one of the best actors of his generation. Whereas many male performances are considered good when the character is yelling or acting deranged, Mescal is one of those actors that does his best work in the quiet moments. The way he portrays, often silently, the despair faced by the young father he plays will make it hard for you to believe that the actor is only twenty-six. His character is deeply troubled, and Mescal is able to inhabit that feeling even just with a sigh and wayward glance. Mescal lost out on the Emmy for Normal People, but the Academy can make it up to him (and me) by rightfully giving him the Best Actor win.

Most documentaries tackle big, important subjects of the time in which they are made. Another shortlisted movie this year cover was about high maternal mortality rates among Black women. It was amazing as well, but my favorite type of documentary has always been one that is about somebody just living their life. That’s what Last Flight Home is about, except it ends with a man taking his own life through medically assisted suicide. Much of the documentary focuses on everyone in his life saying goodbye to him as he lays in a bed in his living room, unable to move much. It’s as devastating as it is beautiful. I feel grateful and somewhat intrusive that I got to watch it, but it helped me continue to understand what it means to love another person.

In recent years we’ve seen a number of stunning films from women nominated for Best Director. Greta Gerwig was nominated for Ladybird, which is a great entry into the slightly-unhinged-girl-comes-of-age-and-fights-with-her-mother genre. Emerald Fennel was nominated for Promising Young Woman, which in my opinion left something to be desired in its version of feminism and revenge. Charlotte Wells’ Aftersun is on a whole other level as a debut. It has stunningly beautiful shots, including the best final shot of the year, according to Slate. Wells films from unique angles, utilizing a television to reflect the barrier between father and daughter (they seem to be communicating past each other and through the television rather than speaking directly to one another) and a fade-out to show how haunted Paul Mescal’s character is. If there was any justice in the world, this would’ve been Wells’ category to lose.

Some people think that Top Gun: Maverick should win Best Picture. I am not one of those people. It’s a fine film, fitting the role of “summer blockbuster that most people can have at least a decent time watching while getting out of the heat” (with overt tones of military propaganda alongside your popcorn). I watched it and I was satiated. However, I think that a movie that wins Best Picture should have a little more meaning to it than “fighter pilots are cool, and killing as many enemy soldiers as possible is a good thing.” All that being said, it’s more than deserving of a Best Visual Effects nomination. Congrats, Tom.

Best Original Screenplay —Barbarian and others

This category’s winner has been hit or miss for decades. You have incredibly interesting, generation-defining films like Juno and Get Out. Then you also have some of the worst films of the year, like Green Book, bringing home the award. In my opinion, this is the category for the movies that are a little weird. Fine, they’re not going to win Best Picture, but the least you can do is recognize their uniqueness. My picks for what should’ve been nominated this year are Barbarian, Nope, After Yang, Bodies Bodies Bodies and Puss in Boots: The Last Wish (yes, the sequel to a movie that was a spin-off of a Shrek sequel). Take Barbarian, a movie that completely subverts what you expect it to be based on the first 30 minutes. It plays on your pre-conceived thoughts about men in our society, but ultimately ensures that the person who survives is not who you figured it would be. It also touches on intense themes of sexual assault without needing to go into visual detail, which is often the folly of many horror movies. It’s good storytelling, plain and simple, that keeps you on the edge of your seat. A movie worthy of being seen in theaters and of a nomination.

What Shouldn’t Have Been Nominated—Triangle of Sadness (Best Picture)

We get it, everyone hates the rich/wants to eat them. But it wasn’t always that way. It’s only since Bong Joon-ho made Oscar history in 2020 with a Best Picture win for his social satire Parasite that many have tried to make something similar. For most of the past 20 years, class-conscious movies were not the type to be rewarded. Instead, nominees leaned more towards movies about class excess, such as The Wolf of Wall Street. Unfortunately, no one attempting to put out the latest Parasite can do it quite like Bong, including 2022’s Palme d’Or winner, Triangle of Sadness. I had the day off from work and went to a 2 p.m. Thursday screening of Triangle in an audience that consisted of me and three other people, all decades older than me. Afterwards, I ended up in the bathroom with a woman who had been in the same row. We chatted as we washed our hands and walked out. I told her that it had won the highest award at Cannes. She was visibly stricken by this news and in clear disagreement with the choice. Almost as much as I was in disagreement with the extensive vomiting and diarrhea sequence in the movie. Sometimes filmmakers correlate being over-the-top with being good, which is not always the case.

You caught me! I haven’t actually seen Babylon. I simply think it shouldn’t be nominated because Hollywood needs to acknowledge the accusations against Brad Pitt from his ex-wife and children rather than casting him in quirky roles!