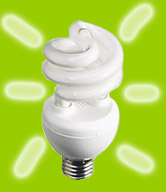 George W. Bush has handed his opponents a golden political opportunity with his energy plan, and if they use it wisely they can block his anti-environmental agenda and perhaps even disable his presidency, much as Bill Clinton was undone during his first term by the health care issue. So far, environmentalists and Democrats have correctly pointed out that Bush’s emphasis on drilling at any cost will increase pollution and reward his former colleagues in the oil business. But name-calling, no matter how accurate, will not be enough to win this fight.

White House strategists are betting that Americans’ immediate economic concerns about electricity blackouts and rising gas prices will trump any unease they feel about the environmental consequences of the administration’s energy plan. Bush’s opponents can triumph, therefore, only if they put economics at the heart of their message. They must take the offensive and offer Americans a clear, compelling answer to a genuine challenge facing the nation: how to keep the economy strong without trashing the planet.

Toward that end, those who oppose Bush’s plan should join in calling for a New Green Deal: a government-led, market-based plan that will solve the nation’s energy problems while also yielding economic returns and addressing the most urgent environmental hazard of our time, global climate change. Such a deal would be green in both senses of the word: it would clean up the environment and make money for workers, businesses and communities. In essence, the New Green Deal would do for clean energy technologies what government and industry have already done so well for computer and internet technologies: help launch their commercial take-off.

Under a New Green Deal, the government need not spend more money, only redirect current subsidies more intelligently. By championing energy efficiency and shifting government spending away from fossil and nuclear fuels to solar, wind and other renewable sources, the New Green Deal would foster the biggest jobs and business stimulus program of our time. Investments in energy efficiency yield two to ten times as many jobs per dollar invested as do investments in fossil fuels and nuclear power — not a minor consideration during an economic downturn.

The political advantages of a New Green Deal are nearly as great as its economic benefits. Since both business and labor stand to prosper from it, it should appeal across the political spectrum. Can anyone say the same for Bush’s plan? Free-market rhetoric is all very well, but ultimately business leaders want results, and Bush’s plan will do nothing to prevent electricity blackouts this summer in the economically crucial states of California and New York.

The new oil fields, power plants, gas pipelines and other supply sources that Bush advocates will take years to get up and running, even if he succeeds in slashing environmental regulations. But it would take only weeks to implement meaningful efficiency reforms. The city of San Francisco, for example, recently gave away 2,000 energy efficient light bulbs for free to anyone who turned in an old, inefficient bulb. The Pacific Gas & Electric company was asked to donate the bulbs, and citizens lined up around the block to participate.

By handing out bulbs to each of its 300,000 households, San Francisco could cut its residential power consumption by 4.5 percent. If the program were expanded to include, say, half of California’s 38 million people, the state would save roughly $375 million worth of electricity at wholesale prices. Whether those 19 million light bulbs are bought by PG&E or the state government, at an average of $10 apiece they would cost roughly half the value of the power saved, making for a 100 percent return on investment. Apply the same policy to big industrial users — subsidizing their replacement of old-fashioned lighting and electric motors with high-efficiency models — and the savings could soon multiply enough to prevent blackouts in the Golden State.

Vice President Dick Cheney still believes that energy efficiency is about doing without, when it’s really about doing more with less. It’s odd that he remains confused, because the advantages of better efficiency are becoming increasingly well-known in corporate circles. As Joseph J. Romm, an assistant secretary of energy in the Clinton administration, documents in his book Cool Companies, Xerox, Compaq, 3M, Toyota, Shell, and many other blue-chip firms have enjoyed returns of 25 percent and more from investments in better lighting and insulation, smarter motors and building design, even as they have cut their greenhouse gas emissions in half.

If the private sector can employ energy efficiency to make handsome profits for shareholders, shouldn’t the public sector be doing the same for its shareholders, the taxpayers? A New Green Deal would encourage environmental retrofits of schools, hospitals, government offices and other public buildings. Destination Conservation, an environmental group headquartered in Edmonton, Alberta, has helped organize such retrofits at some 3,000 schools across Canada, typically cutting energy bills by 20 to 30 percent. The money saved is then plowed back into the schools: to reduce class size by hiring more teachers, for example, or buying new computers. The economics of saving energy (rather than producing more of it) are so attractive that the retrofitter often guarantees lower utility bills for the school or pays the difference.

Because government at all levels is responsible for approximately 17 percent of the United States’ gross domestic product, changing its practices can not only save energy directly but drive market decisions that transform society as a whole. Last year, the federal government bought 189,000 new cars for official use. Under the New Green Deal, Washington would tell Detroit that from now on the cars have to be hybrid-electric or hydrogen fuel-cell cars. Detroit would doubtless scream and holler, but if Washington stood firm, Detroit would comply, and soon carmakers would be climbing the learning curve and offering the competitively priced green cars that consumers say they want.

We know this model of government pump-priming works; it’s the reason so many of us have personal computers on our desks today. America’s computer companies began learning to produce today’s affordable systems during the 1960s, while benefitting from long-term subsidies and guaranteed markets under contract to the Pentagon and NASA. Thirty years later, the US is still reaping the benefits: the digital revolution, despite its recent slowdown, has fueled one of the most extraordinary economic expansions in history.

Investing in energy efficiency makes sense on pure profit grounds, but the project gains extra urgency from the looming threat of global climate change. Already, the world’s glaciers are melting and catastrophic storms like Hurricane Mitch are becoming stronger and more frequent. One of the world’s leading insurance and banking companies, Munich Re, has projected that climate change will impose $304 billion of additional direct costs on the global economy every year. The Bush administration’s studied disregard for what is probably the most serious problem facing the human species is an act of appalling irresponsibility, but it opens the door to a potent counter-attack from opponents.

The climate challenge also illustrates why the New Green Deal must eventually be expanded to other nations as well. Already, China is the world’s largest consumer of coal and second-largest producer of greenhouse gases. But China would use 50 percent less coal if it installed the efficiency technologies now available on the world market. Under a globalized New Green Deal, governments in Europe, America and Japan could help China buy these technologies (rather than the coal-fired power plants we now subsidize through the World Bank), creating lots of jobs and profits for workers and companies back home.

First things first, however. The United States is poised for a great debate this summer as the Bush administration labors to pass its energy plan on Capitol Hill. A New Green Deal is unlikely to be embraced by such confirmed oil men as Bush and Cheney, but opponents can derail the administration’s plan by offering an economically and environmentally superior alternative and daring members of Congress to vote against it before facing their constituents in the 2002 elections. Notwithstanding the White House’s claims about an energy crisis threatening our standard of living, Americans tell pollsters that protecting the environment is more important than boosting the economy. But the truth is, we need not choose between the two.

Not the quickest calf in the pasture, George W. Bush seems to have forgotten that he is no longer governor of an oil-producing state but president of the entire nation. Opponents can show him the error of his ways by uniting behind a New Green Deal.