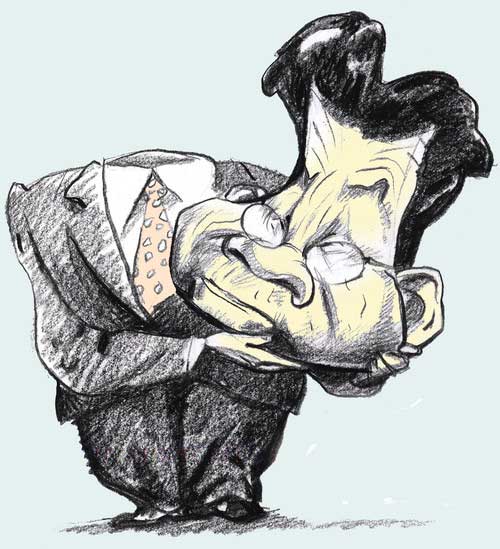 ALBERTO GONZALES, attorney general, faced Patrick Leahy and other Democrats yesterday on the Bush gang’s various assaults on the Constitution. He heard a particularly forceful discussion of “extraordinary rendition,” as symbolized by the case of Maher Arar, a Canadian who ended up in a cell, being tortured in Syria, after U.S. officials grabbed him on a stopover in New York. “We knew damn well if he went to Canada he wouldn’t be tortured,” said Senator Patrick Leahy, a Democrat from Vermont. “He’d be held and he’d be investigated. We also knew damn well if he went to Syria, he’d be tortured. And it’s beneath the dignity of this country, a country that has always been a beacon of human rights to send someone of another country to be tortured. You know and I know that has happened a number of times in the past five years by this country. It is a black mark on us.” Leahy noted that U.S. officials claimed to have had assurances that people sent to Syria would not be tortured. “Assurances,” he snorted, “from a country that we also say now that we can’t talk to them because we can’t take their word for anything.”