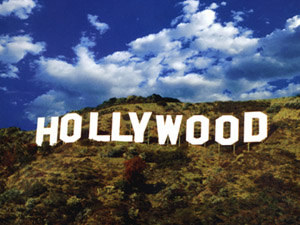 Okay, it’s official now. The Los Angeles Times has announced that movies have lost their magic. A recent Zogby survey confirms what has been evident for a long time, that people are going to see fewer movies and plan to see even fewer movies in the future, because tickets cost too much and there are better alternatives. The LA Times says that, surprise, Hollywood no longer captures the nerve center of American Life and that movies don’t elicit “firestorms” as they once did, because they’ve got a lot more competition. Online opportunities to date, role-play, network, gossip, blog, and post and watch video and audio make it increasingly unnecessary to spend money on a movie theater ticket, whether you get stadium seating or not.

Blogger Bill Damon suggests that movie theaters try offering better food, reserved seating, and returning 3-D films to the big screen. Blog site “the kid’s alright” suggests that when a newcomer like Jennifer Hudson wins an Oscar, maybe it’s a sign that people are hungry for new inspiration in film. With this, I agree.

Is it crazy to think Hollywood can simplify and make cheaper films with smaller crews and smaller casts, and stop paying top stars millions of dollars per picture? The fact that actors like Brad Pitt agree to do Babel for lower fare is one small piece of evidence that even the biggest stars can be lured into meaningful projects. There’s no good reason why a film like Mission Impossible III needs to cost $150 million to produce, is there? $150 million will operate Kansas City Southern‘s entire international railroad company this year and the President’s budget proposes that we spend $150 million on biomass research in hte coming year.

Filmmakers aren’t totally asleep at the wheel, though. Unique and original stories (Babel, Little Miss Sunshine, Brokeback Mountain, Crash, The Constant Gardener, Hustle and Flow, The Squid and the Whale) that challenge audiences have the capacity to ignite some new firestorms.A nd when I say firestorms, I don’t mean gore-fest storms of hellfire. I have no quantitative data to back my theory, but I swear there are more horror flicks being produced post-9/11 than before. Every time I go to the theater or rent a DVD there is always at least one preview for another screamer about saws, tourists, a dreaded video tape or my new favorite – a ventriloquist. Why are filmmakers obsessed with fear, panic, death, pain, suffering and torture? Let’s move on to greener, better-scripted, more efficiently-funded motion picture pastures and get excited about the movies again.