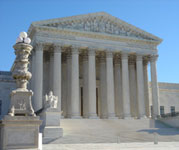 Ever since the 2000 presidential election, Republicans have been aggressively promoting the notion that Americans everywhere are impersonating their neighbors or dead people so they can sneak into polling booths and pull a few extra levers for Democrats. In 2006, according to the New York Times, Karl Rove told a group of GOP lawyers that election fraud was “an enormous and growing” problem, alleging that in some parts of the country “we have elections like those run in countries where the guys in charge are colonels in mirrored sunglasses.”

Egged on by the White House, GOP legislators in many states responded by passing legislation they claimed would restore integrity to the system by forcing voters to show government-issued ID before casting a ballot. Partisan interests in these laws have been only thinly veiled, largely because voter-ID laws prevent a lot of people from voting, specifically poor, elderly, and minority voters who disproportionately vote Democratic. Last year, when Texas was considering such a law, the former political director of the Texas Republican Party told the Houston Chronicle that requiring photo ID could cause legitimate Democratic voting to drop off enough to boost GOP prospects by 3 percent.

Not surprisingly, the latest wave of voter ID laws have generated mountains of litigation, mostly initiated by the Democratic Party. The courts have struck down a couple of the most egregious laws. For instance, a Missouri court ruled in 2006 that a state law requiring photo ID to cast a ballot was an unconstitutional infringement on the right to vote akin to a poll tax because the paperwork required to get the ID was not free. But federal courts have also upheld several of these laws, including one in the state of Indiana considered the strictest in the country. That law will get the scrutiny of the U.S. Supreme Court on Wednesday, in what promises to be a bitter partisan legal brawl of the sort the court has been avoiding since it put George W. Bush into office in 2000. It could well be the most significant voting rights case since Bush v. Gore and could have a direct impact on the outcome of the 2008 presidential election. If the court upholds the law, other states will be free to pass similarly strict laws that could potentially shut out millions of voters from exercising their constitutional right to vote.

Crawford v. Marion County Election Board centers on a 2005 Indiana law that requires voters to present a current, government-issued photo ID before casting a ballot. Voters without the ID can cast a provisional ballot but then must return within 10 days with the right documentation for it to be counted. At least 10 percent of Indiana voters don’t have the requisite ID, nor do as many as 22 percent of registered African American voters. The cases before the Supreme Court have been brought by the state Democratic Party, civil rights groups, and state legislators who have argued that the law puts an untenable burden on the people they represent, many of whom would be shut out of polling places because they wouldn’t be able to get the ID due to lack of birth certificates and other critical paperwork.

Nonetheless, the plaintiffs in Indiana haven’t fared too well so far. They lost their case in the trial court, and also on appeal. Still, the lower courts have acknowledged that the ID law will have a disproportionate impact on Democrats, as well as minority and poor voters. In his decision affirming the trial court’s decision, 7th Circuit Judge Richard Posner said as much, but went on to dismiss these concerns on the grounds that “a great many people who are eligible to vote don’t bother to do so. Many don’t register, many who do register still don’t vote, or vote infrequently. The benefits of voting to the individual are elusive.” Posner argued that it doesn’t take much to deter people from voting. As such, he said he had no doubt that the new voter-ID law would prompt a lot of people who forgot their ID when they went to vote to say “what the hell” and not vote, rather than go home and get their driver’s license. Even so, he said the state’s interest in the integrity of the election process outweighed those concerns.

Posner’s blasé attitude toward the right to vote didn’t sit well with all of his colleagues on the bench. In a vigorous dissent, Judge Terence Evans wrote, “Let’s not beat around the bush: The Indiana voter photo ID law is a not-too-thinly-veiled attempt to discourage election-day turnout by certain folks believed to skew Democratic.” Evans noted that Indiana has admitted that no one in state history had ever been prosecuted for voter impersonation fraud. Observing the paucity of evidence to support claims of rampant voter fraud, Evans wrote, “[W]here is the justification for this law? Is it wise to use a sledgehammer to hit either a real or imaginary fly on a glass coffee table? I think not.”

The debate is likely to be replayed in earnest in oral arguments Wednesday before the Supreme Court, which will be hard pressed to come up with a decision that satisfies everyone. At a press briefing on the case last week sponsored by the American Constitution Society in Washington, D.C., Deborah Goldberg, the Democracy Program Director at the Brennan Center for Justice, previewed some of the plaintiffs’ arguments against the Indiana law. “The type of voter fraud that voter ID would prevent does not happen. There is no evidence of a serious problem,” Goldberg said, noting that even if some of the alleged fraud did occur, there is also little evidence that the Indiana ID law would deter it. (The Brennan Center recently released a new report on voter fraud, which you can read here.)

Panelists pointed out that the U.S. Department of Justice had gone on a six-year wild-goose chase of an investigation into voter fraud that turned up exactly zero fraud cases but resulted in a major scandal for the White House over the politically motivated firings of U.S. Attorneys.

While Goldberg hammered at the lack of concrete evidence of widespread voter fraud, Bradley A. Smith, a former Republican chairman of the Federal Election Commission, suggested that one reason the plaintiffs keep losing in Indiana is that they can’t find anyone who was actually prevented from voting because of the ID law, either. (Indeed, none of the plaintiffs claimed that the law had prevented them from voting, though later briefs filed with the Supreme Court include stories from people who claim they were turned away from the polls.) Like Posner, Smith argued that there was nothing wrong with state’s creating some hurdles to voting to preserve the integrity of the system. “Some people just won’t vote,” says Smith, who argued that there are lots of burdens on voting—registration, long lines at the polls—but not all of them are constitutional violations. “Affected is not disenfranchised,” he said.

Because of the potential impact on the upcoming elections, Smith hoped the court would take a “wait and see” approach, and avoid doing anything radical until there was more evidence that people had actually been harmed by the new law. If the justices sidestep the major issues, he said, “This may be the court’s big much ado about nothing case of the term.”