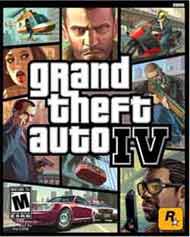 Well, almost. Billboard magazine reports that first-week sales for the latest installment in the “Grand Theft Auto” videogame series has outperformed even the most optimistic of predictions, making more than $500 million in sales the first week. Billboard says that’s 6 million copies, but it’s $60 on Amazon, and that works out to $360 million, but who knows how they count these things. Either way, it’s a new first-week record for a game, smashing the previous high mark set by “Halo 3” of $300 million.

For comparison’s sake, let’s just take a look at some other cultural products and institutions and their associated monetary figures, after the jump:

Lesson: by talking about music, movies and books here on the Riff, we’re clearly missing the boat. Too bad the last videogame I played was probably “Dig Dug” at the local Pizza Hut in 1984.