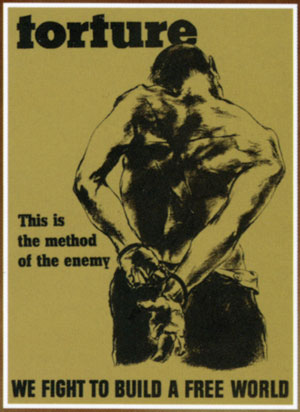 John Brennan, a top adviser to Barack Obama on intelligence issues who had been widely rumored to be the President-elect’s top choice for CIA director, has taken himself out of the running. Bloggers, including Salon‘s Glenn Greenwald and the Atlantic‘s Andrew Sullivan, had vociferously opposed Brennan on the grounds that he had reportedly supported the torture of terrorist detainees and the governments extraordinary rendition program. In his letter to Obama, Brennan writes that he “was not involved in the decision-making process for any of these controversial policies,” but Greenwald emphasizes that being involved with the decision-making process was never the issue. It was the fact that Brennan supported those decisions that was the problem, whether or not he actually had the decision-making power himself. And the evidence is pretty clear that Brennan did not draw a bright line on torture. Brennan was onetime CIA director George Tenet’s chief of staff (which is a bad sign on its own), and the estimable Jane Mayer described him in New Yorker as a “supporter” of the Bush administration’s “interrogation and detention” program. Brennan told Mayer that drawing the line on how to treat detainees “all comes down to individual moral barometers.” No, it doesn’t.

It’s true that Brennan did oppose some of the most heinous Bush administration techniques—waterboarding, for example. But his past support for parts of the torture program is well-documented. And even if waterboarding didn’t pass Brennan’s “individual moral barometer” test, other torture techniques apparently did. It’s not just waterboarding that is the problem. And if Obama is going to make a clean break from the Bush administration’s interrogation policies, it’s probably for the best that Brennan will not be along for the ride.