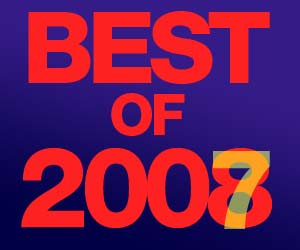 We know it’s hard. Singles get released in one year, then the album’s released the next; UK release dates come months before we get them here; or maybe you got a promo copy (or—gasp!—a leak) in December, and it didn’t go on sale until January. Then there’s human error: what if you just didn’t get around to checking out that Amadou and Mariam album until 2006? Keeping your year-end best-of list to the actual calendar year can be tough, but you’d think British music mag NME would at least try to stick to the rules. The magazine released their “tracks of the year” last week, but amusingly enough, fully half of them came out in 2007. Check out their list and my bitter commentary after the jump.

10. Vampire Weekend – “A Punk”
While the album was officially released on January 29, 2008, an early version called the “Blue CD-R” had been circulating for months.

8. MIA – “Paper Planes”
No excuse. Kala was released on August 8, 2007. The single (complete with awesome DFA remix) wasn’t released until 2008, sure, and of course, its chart domination didn’t come until late summer. But you could buy the song last year.

7. Friendly Fires – “Paris”
The single was released on Moshi Moshi records on December 10th, 2007, although the album didn’t come out until September.

6. Metronomy – “Heartbreaker”
Another September release, checks out as pure 2008 material.

5. MGMT – “Electric Feel”
The Brooklyn band have the most confusing situation. Their album, Oracular Spectacular, was given a digital release in October of 2007, and “Electric Feel” even popped up in a Riff Top Ten in that very month (look how smart we are). The physical CD, however, came out in January of this year, and Wikipedia says it got a “UK hard re-release” (?) in March.

3. Mystery Jets – “Two Doors Down”
The London band released their album in March.

2. Glasvegas – “Geraldine”
Released in June of this year.

So, Riff readers who care about this sort of thing: should year-end lists hew strictly to release dates, or should they be personal expressions of favorite things you stumbled across in the last 8-15 months, no matter if they came out in the 1700s? Cause if that’s the case, Mozart is heading straight in at #1.