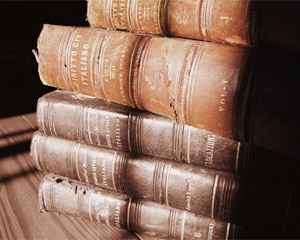 While Democratic staffers say that Congress will continue to pick through the Bush administration’s record, they doubt that it will take on the big issues. Assuming Congress and the White House punt on Iraq and torture, who else could throw the book at the Bush/Cheney crew? A few possibilities:

A Rogue district attorney In his recent book, The Prosecution of George W. Bush for Murder, former prosecutor Vincent Bugliosi lays out a creative argument that state or local prosecutors could indict Bush for murder if a soldier from their jurisdiction was killed in Iraq. It’s a far-fetched premise, but with 2,700 DAs out there, Bugliosi—famous for putting Charles Manson away—says, “I just need one.” (Last fall, the Vermont Progressive Party’s candidate for attorney general said that if elected, she would appoint Bugliosi to implement his plan.) This unusual strategy is not unprecedented; witness New Orleans district attorney Jim Garrison’s investigation into John F. Kennedy’s assassination (as dramatized in JFK ). Garrison successfully subpoenaed evidence like the Zapruder film, which had not been seen publicly before the trial. Potential upshot: major embarrassment for Bush. Likelihood: low.

Ticked-Off Lawyers Most of what happened under Bush was “legal” in the sense that the Justice Department issued opinions—such as the so-called torture memos—that said as much. The new administration, if only to placate the military and intelligence agencies, will be loath to go after Bush officials who can claim legal cover, no matter how flawed the reasoning behind it. But the lawyers who actually drafted the legal justifications for torture—particularly Dick Cheney’s chief of staff David Addington, Alberto Gonzales, and Justice Department lawyers John Yoo and Jay Bybee—may be vulnerable. They could be indicted in federal court if they knowingly issued faulty legal opinions that led to criminal acts. However, that would be an extremely difficult case to make unless one of the defendants turned against the others. More plausible is that, like Bill Clinton and Scooter Libby, they could face disbarment, limiting their employment prospects.

The United Nations A range of observers, from former UN Secretary-General Kofi Annan to überhawk Richard Perle, has acknowledged that the invasion of Iraq violated the UN Charter. In theory, the Security Council could sanction the United States or even authorize the use of force to expel our troops. But that’s a nonstarter, not least because the Security Council signed off on the occupation of Iraq. Likewise, the United States could be tried in the UN’s International Court of Justice and forced to pay reparations to Iraq. That’s also doubtful, since the Security Council enforces Court rulings; the US could use its veto power as it did in 1986, when the icj found we had violated international law by supporting the Nicaraguan Contras. If the UN wanted to go after American officials for torture, it could set up a special tribunal like those for the former Yugoslavia and Rwanda. But such courts are the creation of—you guessed it—the Security Council.

the International Criminal Court The Third Geneva Conventions, which the United States signed in 1949, as well as the UN Convention Against Torture, which Congress ratified in 1988, forbid torture. The International Criminal Court (not to be confused with the icj) was convened in the Netherlands in 2002 as a permanent venue to try crimes including violations of Geneva. But the United States hasn’t ratified the icc treaty and has pressured 100 countries to agree never to extradite American citizens to the court, so Dick Cheney’s unlikely to wind up in the dock at The Hague.

The Garzón Factor Not that George W. Bush & Co. shouldn’t be worried about international laws that they once sneered at. There are hints that they already are: A 2002 State Department memo cautioned officials about the “risk of future criminal prosecution,” and the Pentagon’s 2005 National Defense Strategy warned of enemies who might “employ a strategy of the weak using international fora and judicial processes.”

The biggest threat comes from European magistrates like Baltasar Garzón, the Spanish “superjudge” who nearly brought Augusto Pinochet to justice. In 1998, Garzón issued an arrest warrant for the former Chilean dictator for the deaths of Spanish citizens who’d been tortured by his regime. Days later, the unsuspecting 82-year-old was picked up while visiting England.

In many European countries, most notably Spain and Italy, judges can initiate prosecutions and—as in the case of Pinochet—may do so independently of the executive branch. Peter Weiss, vice president of the Center for Constitutional Rights, says such a court might be the most plausible venue for a case against Bush. “The prime minister of Spain was completely against going after Pinochet,” he points out, “but a judge lower down was able to do it.” The approach might prove especially effective in pursuing torture cases. As signatories to the Convention Against Torture, most European nations are obligated, theoretically, to investigate violations by other signatories, such as the United States. Sure enough, human rights advocates have filed complaints in Germany, France, and Sweden against former Secretary of Defense Donald Rumsfeld for authorizing the torture of Iraqi and Saudi citizens in Guantanamo and Abu Ghraib. The ccr claims a pending case convinced Rumsfeld to alter his travel plans to Germany.

“Believe me, people from the top of the administration will be consulting with lawyers for the rest of their lives,” says Christopher Simpson, a professor at American University and an expert on international law. “They will have to coordinate very, very closely with the State Department’s specialists whenever they leave America. This is something they cannot take lightly.” Larry Wilkerson, who served as former Secretary of State Colin Powell’s chief of staff, has warned that former Bush officials like Gonzales, Yoo, and Addington “should never travel outside the US, except perhaps to Saudi Arabia and Israel.”