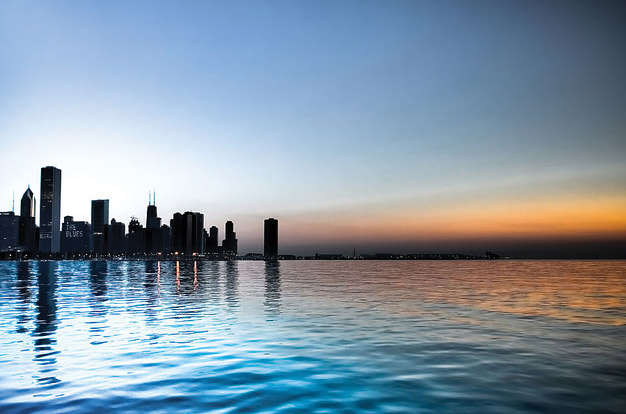 Photo from flickr user <a href="http://www.flickr.com/photos/benisntfunny/539429675/" target="blank">benisn'tfunny</a> used under a Creative Commons license

A longtime city dweller with experience as a community organizer, President Barack Obama is uniquely able to make the case for strong and healthy cities—to be an urban champion. And when Obama made good on a campaign promise to create a White House Office of Urban Affairs and announced that Bronx borough president Adolfo Carrión would be its first director, urban aficionados cheered. But there’s been a hitch: News reports have disclosed that Carrión received unpaid work from an architect associated with a large development project, and a prosecutor is looking into this. Carrión’s ethics aside, there’s a more fundamental challenge at hand. If the new urban affairs chief—whether it’s Carrión or a replacement—is going to succeed, he will have to eschew the obvious and perhaps even disappoint big-city mayors.

Obama and urban chief executives can agree that it’s about time cities are paid their due. After all, the American federalist system gives a disproportionate amount of power to small states. But given the critical role of functioning cities in the national economy, they are more important than ever. Richard Florida makes this case in a recent Atlantic cover story, arguing that urban regions are the sources of the innovation that will drive the economic recovery.

So it’s natural to assume that the director of this new office will serve as a cheerleader for cities and work to maximize the flow of federal dollars to them, ensuring that mayors have a seat at the table for Washington’s perpetual money grub. This would certainly mark a welcome break from recent history, during which cities got shafted. Yet if Carrión (or anyone else) executes this conventional game plan, he (and Obama) will miss the true opportunity at hand.

The nation does not need an urban czar who acts as a glorified concierge for mayors coming to town seeking federal bucks. At least for the next few years, a flood of money will be on the way. The economic package passed by Congress in February will deliver an unprecedented level of federal dollars to cities. And mayors will be responsible for guaranteeing that these funds are deployed wisely. When Obama gathered big-city mayors together for one of his first White House meetings, he promised to call them out publicly if their spending turns out to be frivolous.

Instead of greasing the capital’s money machine for the mayors, Carrión’s priority ought to be to connect the White House’s urban affairs office to this moment of economic crisis. With the economy shedding jobs at a nightmarish pace, the financial sector imploding, and the planet warming, cities have to be part of the solutions to these severe problems. Carrión’s job, if he survives, should be to figure out how to make that happen.

For starters, he could establish himself as a coordinator of policy discussions between federal agencies. That is, be a traffic cop, not a czar. Armed with a whistle handed him by the president, Carrión can make sure that transportation people talk to housing people and housing people talk to finance people and finance people talk to infrastructure people and so on. This may not sound sexy, but it’s necessary. The federal bureaucracy is a leviathan made up of parts too often fixated on turf protection and self-preservation. This makes interagency cooperation difficult and fleeting when it does occur. Past presidents have often ordered Cabinet secretaries to sit down together to focus on particular projects. And then the meetings adjourn as soon as the head honcho looks away. In the 1990s, the Clinton administration launched the Empowerment Zone initiative, which was supposed to be a comprehensive, multi-agency urban policy effort. But the project lost steam when the administration moved on to other priorities.

Henry Cisneros, President Clinton’s first secretary of Housing and Urban Development, recently told a gathering of housing experts that he had limited instruction from the White House during his tenure. His mandate was simple: Run your agency. The new HUD Secretary, Shaun Donovan, has a different mission. He has been instructed by Obama to work directly with the central economic policymakers in the White House and at Treasury to craft a response to the foreclosure crisis. This is as it should be, and the White House office of urban affairs should institutionalize this kind of collaboration and become the nexus for interagency dialogue and debate.

Given the office’s severe limitations in staff and budget (two of the prime currencies of Beltway power), its only shot at influence is coordination: between different federal agencies and between the feds and localities. Consider the problems of rising greenhouse gas emissions and increasing highway congestion. These separate but related challenges can both be addressed by policies that encourage efficient placement of new housing and transportation infrastructure. The design principles are obvious: Make sure land use and transportation networks can support livable communities and simultaneously lower carbon emissions and provide alternatives to urban sprawl. But too often, this sort of innovative regional planning is stymied by the constraints of federal policy rules.

In Atlanta, local planners are trying to turn the Beltline, an old rail right-of-way, into a system of parks, transit, housing, and commercial development. And one of their biggest challenges has been navigating state and federal bureaucracies. The project has been hampered by the rules of overlapping jurisdictions and by the strings attached to various funding streams. Someone ought to be empowered to bring federal agencies together to support (and fund) such efforts.

Bruce Katz, an urban policy expert who has been advising the administration, has suggested that the Department of Transportation and the Department of Housing and Urban Development be “joined at the hip,” so that transit-oriented development becomes “the norm rather than a heroic act.” For this to happen, the new White House office should be set up to conduct vigorous policy reviews and assessments in order to propose and shape policies that can be incorporated directly into the administration’s budget.

This won’t be any easy chore. Midlevel bureaucrats are not accustomed to working together, and senior policymakers like to protect their portfolios. So Cabinet secretaries will have to issue the marching orders to their troops, and the president will have to send a clear signal that this is what he wants and expects. But one big variable is whether or not the leader of the new White House office has the energy, smarts, and savvy to pull this off.

Getting the federal government to move creatively and quickly to rebuild cities in a sustainable fashion (as a cornerstone of Obama’s economic recovery agenda) will be a daunting task. Carrión and his office will have to work the bureaucracy hard to integrate housing, transportation, energy, and education policy efforts. And Carrión sure won’t get much public attention or headlines for focusing on policy coordination. But these are times for hard choices. Carrión can stick with the conventional and function as the national spokesman for cities (and their funding requests), or he can embrace the difficult and nonglamorous job of reworking how urban policy is devised and implemented by the federal government. The best hope for bringing real change to America’s cities will come if he heads down the tougher and more mundane road.

Reid Cramer is research director at the New American Foundation.