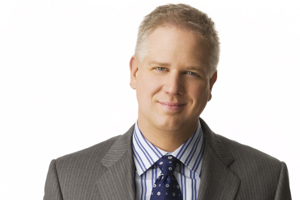 I suppose we knew it would come to this eventually. Glenn Beck is the tip of the spear for the conservative talkers and activists who are convinced that America is descending into tyranny under Obama. (I like Jon Stewart’s line: that’s not tyranny; that’s just being in the minority.) The Fox News host is (1) often the first major media figure to adopt the crazy right-wing conspiracy theories that circulate on the web, thus pulling them into the mainstream; and (2) takes right-wing talking points the furthest, like when he suggested that Obama is turning America into a Nazi state. The tag line on his Fox News show ought to be: “First Among Nut Jobs: the Glenn Beck Program!”

So it was inevitable that Beck would be the first to suggest that if you oppose Obama enough, you have the right to secede. Here’s Beck (audio at the link):

“You can’t convince me that the Founding Fathers wouldn’t allow you to secede. The Constitution is not a suicide pact. If [a] state says, “I don’t want to go there because that’s suicide,” they have a right to back out! …I sign into this union, and I can never, ever get out?? No matter what the government does, I can never get out??”

Here’s my prediction — in 12-18 months, conservatives will learn how to be out of power again and we’ll see a lot less of the tea parties and Glenn Beck-type ranting. But I gotta wonder: Why didn’t conservatives get this worked up when their party controlled the White House and they could actually pressure the president to do what they wanted? The activist/blogosphere left knows how to harness its grassroots energy when it actually matters. It doesn’t complain about its politicians, the way conservative activists complain(ed) so bitterly about Bush. It works hard to get its politicians to do what it wants.

Update: Looks like Beck did this once before, in 2008.