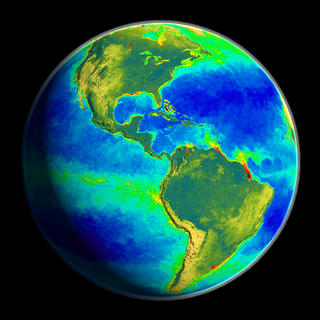 Twenty-eight internationally renowned scientists propose setting global biophysical boundaries based on our scientific understanding of Earth’s systems—defining a “safe planetary operating space” where we can thrive for generations to come.

Why? Because new approaches are needed to help us deal with climate change and other global environmental threats of the 21st century lest we fail more dismally than we already are.

The paper in Nature makes a first attempt to identify and quantify a set of nine planetary boundaries—including climate change, freshwater use, biological diversity, and aerosol loading.

Hat tip to Nature for making this article open access. Not to mention for consistently framing the big debates of our time and connecting the people to the science.

An important thread of this latest research is based in the global project known as IHOPE: the Integrated History and future Of People on Earth—a project designed to understand the interactions of environmental and human process over 10 to 100 millennia. That’s because the rapid expansion of human activities since the industrial revolution has generated a global geophysical force equivalent to some of the great forces of nature.

“We are entering the Anthropocene, a new geological era in which our activities are threatening the earth’s capacity to regulate itself,” says coauthor Will Steffen of the Australian National University.

Fitting statement on a day when Sydney is smothering in a dust storm of Mad Maxian dimensions… I’d argue with the *entering* part of that statement—seeing this has been underway since the onset of agriculture.

Planetary boundaries is a way of thinking that will not replace politics, economics, or ethics, explains environmental historian Sverker Sörlin of the Stockholm Resilience Centre and the Royal Institute of Technology, Stockholm. “But it will help tell all of us where the dangerous limits are and therefore when it is ethically unfair to allow more emissions of dangerous substances, further reduction of biodiversity, or to continue the erosion of the resource base. It provides the ultimate guardrails that can help societies to take action politically, economically. Planetary boundaries should be seen both as signals of the need for caution and as an encouragement to innovation and new thinking of how to operate safely within these boundaries while at same time securing human well being for all.”

Lead author Johan Rockström, director of the Stockholm Resilience Centre at Stockholm University, said: “The human pressure on the Earth System has reached a scale where abrupt global environmental change can no longer be excluded. To continue to live and operate safely, humanity has to stay away from critical ‘hard-wired’ thresholds in Earth’s environment, and respect the nature of the planet’s climatic, geophysical, atmospheric and ecological processes. Transgressing planetary boundaries may be devastating for humanity, but if we respect them we have a bright future for centuries ahead.”

In Swedish this means: Just color inside the lines, dammit.

But what didn’t even get an honorable mention? Human population growth. The toughest coloring book of all.